Carrick-on-Shannon is the Best Station in Connacht 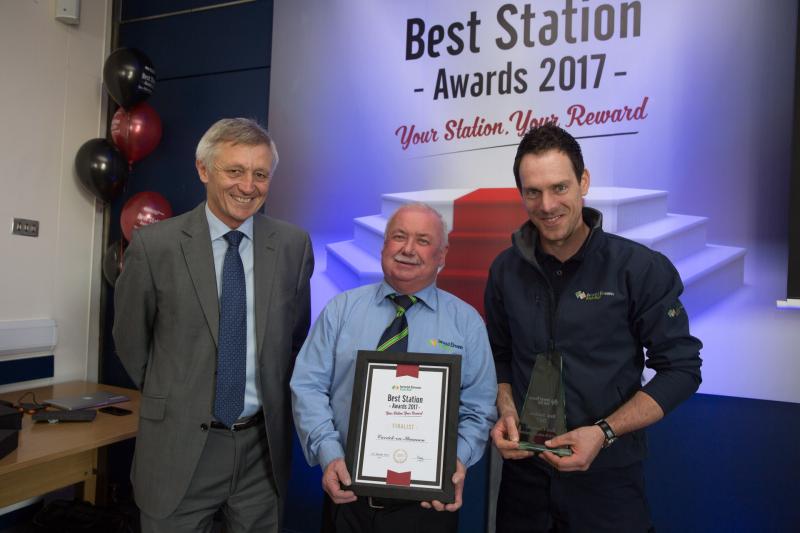 Delighted Station Manager, Jimmy Feeney and station staff member Jim O’Farrell were at Inchicore to pick up their award. Carrick-on-Shannon narrowly beat Westport and Ballina to take the top award in Connacht.

Speaking at the awards, David Franks, Iarnród Éireann CEO said: “I would like to congratulate Carrick-on-Shannon for taking the top award in Connacht. The Award is testament to the hard work and dedication off all the team. The fact that the winners are chosen by our customers make a win all the more special”

Voting was conducted through an online poll and voting at stations, with almost 15,000 people voting as part of the competition. Customers were asked to rate their station under the following criteria; Customer Information, Station Appearance and Staff Helpfulness with Carrick-on-Shannon scoring highly in all categories. The votes were cast during January of this year.