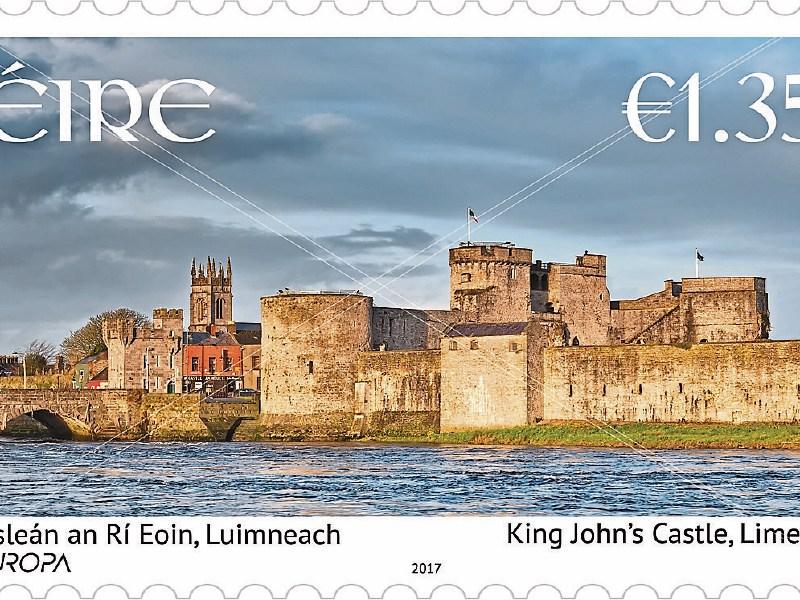 The work of Dromahair photographer Kelvin Gillmor will be familiar to many and following the launch of the Europa stamp series from An Post, his work is set to be seen by an even bigger audience.

Every year An Post and post offices throughout Europe, under the umbrella of 'PostEurop' release a series of stamps with the theme this year being ‘castles’.

The castles chosen to feature on the Irish stamps are Dublin Castle and King John’s Castle in Limerick.

Explaining the process involved Kelvin said he was first contacted about a year ago during which time the brief was explained to him. The next step was to spend a day in Dublin and Limerick photographing the selected castles.

Having designed a stamp for An Post as part of the 'Love and Marriage' series in 2014, Kelvin is able to offer a unique insight into the process involved.

“Every month the stamp design committee hold meetings and it is incredible how much detail they go into for something so small. You have to be conscious the images are going to be reduced so much and it has to retain its clarity.”

Kelvin was also recently shortlisted for the Bank of Ireland Irish professional photographer of the year award - an award he won last year.

The stamps Kelvin designed featuring King John's Castle and Dublin Castle as well as the first day cover are available to purchase now.

The two new stamps, stamp sheets and First day Cover I designed for An Post @Postvox are available now! pic.twitter.com/OpRE8blzmy