US soldier lay in unmarked grave for 95 years 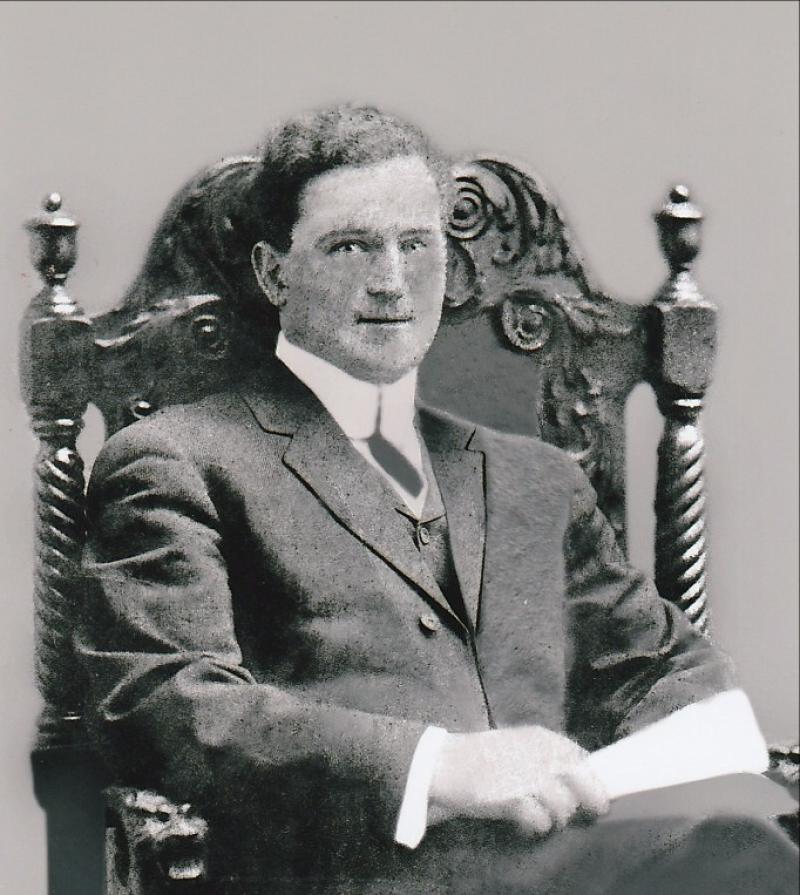 A ceremony to honour an Irishman who died while fighting for the United States in World War 1 will take place in Kiltoghert Cemetery on Sunday, June 4 at 2.30pm.

He was killed in action on October 18, 1918 near L'Arbe de Guise, France, aged 33 years. Sadly, he died just over three weeks before the Armistice was signed to end World War 1.

He was originally buried at the Somme American Military Cemetery in north eastern France. His remains were repatriated to Ireland at his family's request in 1922 and hastily buried with little or no formality at the Moffatt burial plot in Kiltoghert.

For nearly 95 years Michael Moffatt lay in an unmarked grave but now, thanks to the efforts of his nephew, Eamon Moffatt, and The American Legion, a US military type headstone is now in place, courtesy of the American Veterans' Administration, and will be unveiled on Sunday, June 4.

The ceremony, conducted by The American Legion in Ireland, will include the unveiling, a blessing of the grave by Fr. Brendan McDonagh, the folding of the US burial flag, the presentation of same to his next of kin, laying a wreath and sounding The Last Post by a bugler. Neighbours, friends and parishioners are invited to attend to remember and honour a courageous solider from The Great War.

Michael Moffatt was born to Peter and Eleanor (nee Doran) Moffatt on January 1, 1885 at Gloria, Cootehall, the fifth of twelve children.

At age 23 in 1908, Michael travelled to America on the SS Oceanic where he joined his sister Katie in New York.
Soon after arrival he secured employment as a railroad conductor and later worked for Western Electric Company.

Michael was drafted into the New York National Guard on August 18, 1917 and assigned to Company “A”, 71st Infantry, later redesignated as 105th Infantry Brigade.

His unit sailed for France aboard the USS President Grant arriving on May 17, 1918. On July 25 the 27th Division was rotated to the front line to relieve the British 6th Division and begin an offensive to oust the Germans from an area around Amiens to free the Amiens-Paris railroad.

The Somme offensive was launched on September 24 to October 21 1918 with the purpose of piercing the Hindenberg line.
On October 17, the 105th spearheaded an assault against German defences and rapidly took a portion of the line at L'Arbe de Guise and held it vigorously against counterattacks.

The following day the 105th attacked again and the Germans were forced to withdraw. The 105th held the line until October 21 when the division was relieved.

Unfortunately, Michael was killed just days before his regiment was taken from the front line and relieved to the rear.
Michael was buried in the Somme American Cemetery about 10 miles north of St. Quentin (Aisne), France.

In 1922 the families of those killed in action were offered to have the remains repatriated back to Ireland.
Michael's remains were brought to Dublin and on to Carrick-on-Shannon where the family took the coffin directly to the burial ground in Kiltoghert. There was little or no ceremony and definitely no honours rendered.

Michael Moffatt has lain in an unmarked grave for almost 95 years with no marker or headstone to indicate that lying beneath is a gallant American soldier of The Great War.

That has now been corrected.