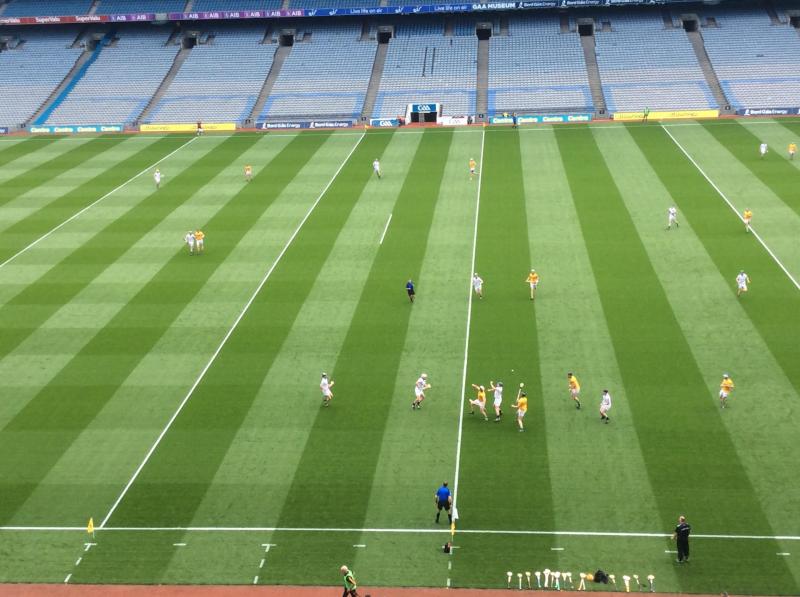 Press F5 or refresh for updates.

14.34 - Full-time Warwickshire 0-17, Leitrim 0-11. Congratulations Warwickshire and hard luck to the Leitrim lads. Next Wednesday's Leitrim Observer will have comprehensive coverage of todays's game with report, analysis, reaction and pictures.

14.33 - Padraig O'Donnell, deep in injury time, has converted a free for Leitrim.

14.29 - Ian Dwyer with a point from play for Warwickshire has extended their lead to seven points.

14.16 - RED Card - Leitrim's Colm Moreton has been shown a red card after receiving two yellow cards in the space of seven minutes. Leitrim trail by five with 10 minutes remaining. 0-15 to 0-10.

14.05 - Liam Watson with another pointed free, from well inside his own half, has put two between the sides. Leitrim 0-10, Warwickshire 0-12.

13.55 - The second half is three minutes old and Liam Watson has scored yet another superb free for Warwickshire. Leitrim 0-10, Warwickshire 0-9.

13.38 - From the halfway line Padraig O'Donnell has sailed a free between the uprights at the Hill 16 end of Croke Park.

13.37 - Padraig O'Donnell has regained the lead for Leitrim with a free from near halfway. Leitrim 0-9, Warwickshire 0-8.

13.35 - James Glancy with an equalising point after great pressure from the Leitrim captain Karl McDermott. 0-8 to 0-8.

13.34 - The clock has reached 35 minutes and there will be at least four minutes additional time at the end of the half.

13.32 - Once more Liam Watson replies for Warwicshire with a moster free to give them a one point advantage.

13.31 - The sides are level once more after a Padraig O'Donnell pointed free for Leitrim - 0-7 each.

13.27 - Slight concern for Leitrim supporters as Liam Moreton requires treatment following a shuddering shoulder tackle but after some treatment the big midfielder is ready to continue.

13.25 - Liam Watson with a pointed free from inside his own half gives Warwickshire the lead for the first time. Leitrim 0-6, Warwickshire 0-7.

13.22 - Shane Caulfied point for Warwickshire  to level matters once more. 0-6 each

13.21 - Liam Watson with a pointed free from near touchline on Hogan Stand side of Croke Park leaves a point between the sides.

13.16 - Zac Moradi with a point from play edges Leitrim back in front.

13.14 - Cathal O'Donovan shot is cheered loudly by the Leitrim contingent but the umpires aren't sure and Hawkeye is needed once more. This time the verict is tá. Leitrim 0-4, Warwickshire 0-3.

13.13 - Liam Watson hits back immediately with a pointed free for Warwickshire.

13.12 - Conor Byrne free is picked from the sky by Cathal O'Donovan before pointing for the first point from play of the afternoon. Leitrim 0-3, Warwickshire 0-2.

13.08 - Hawkeye is needed to determine whether or not a Liam Watson free from 80 metres has gone over or not. After a short wait the verdict is níl.

13.05 - Liam Watson with his second pointed free of the afternoon has levelled matters once more.

13.01 - Equalising point for Warwickshire from a Liam Watson free.

13.00 - Karl McDermott opens the scoring with a free inside the opening minute for Leitrim.

12.36: - The Leitrim Observer crew in the Croke Park press box while Willie Donnellan is pitchside to get the best images from today's big game. 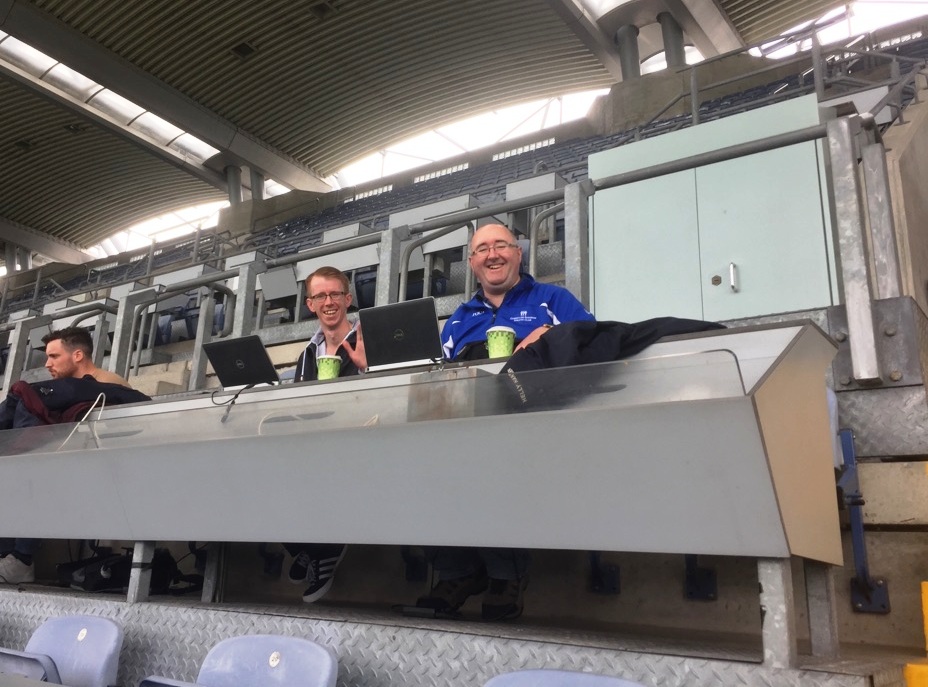 12.30: The teams as they appear in the programme 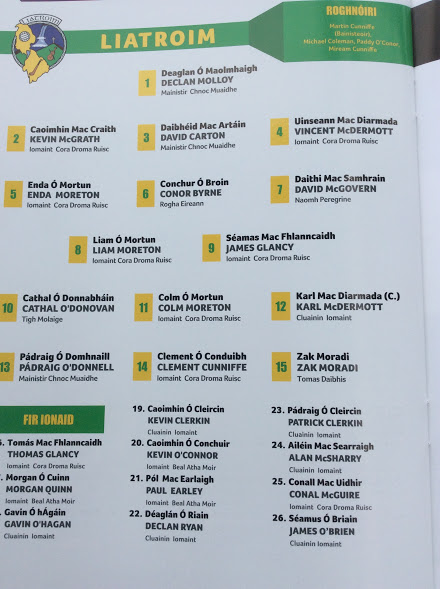 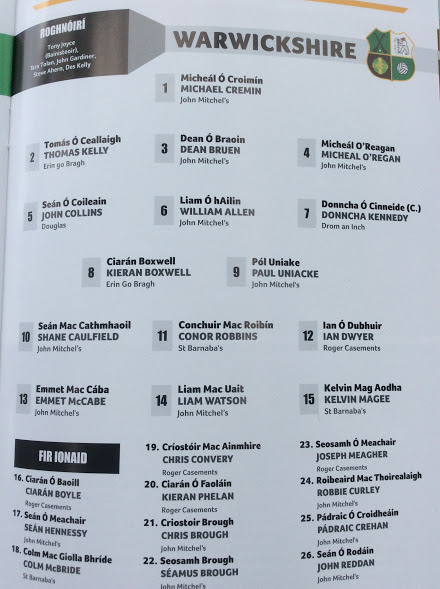 12.25 - Excitement has been building all morning as the supporters make their way from Leitrim to Croke Park.