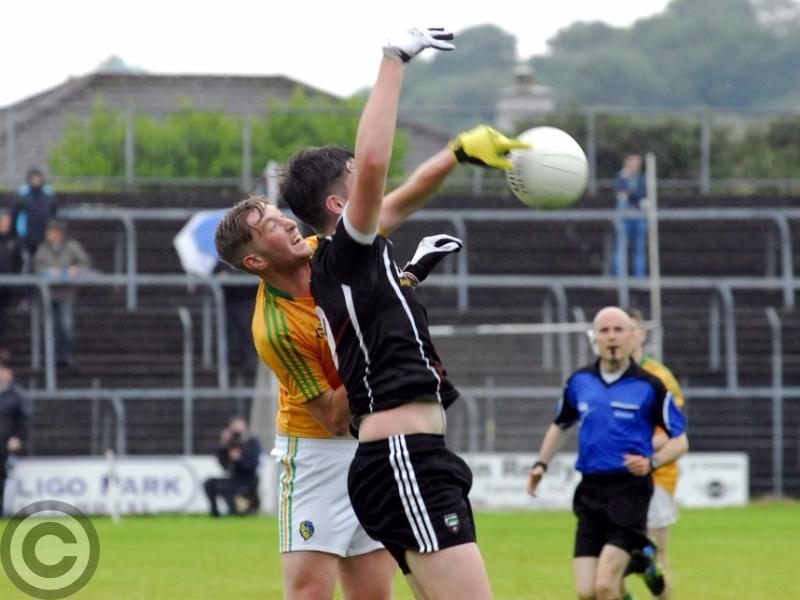 Leitrim's Ruairi Sheridan gets his hands to the ball. Photo by Willie Donnellan

Leitrim went in as underdogs for this game but an own goal before halftime from the Sligo keeper Alan Davey when he carried Caleb Duffy's shot over his own line gave Leitrim a huge boost as Martin McGowan's side let 1-4 to 0-5 at halftime.

A hectic third quarter saw the team's trade five goals with Oisin McLoughlin twice on target for the Green & Gold as the home side upped their intensity. McLoughlin's second goal left the sides level after 47 minutes as Leitrim were left ruing a host of missed chances.

But in the final ten minutes, it was Sligo who dominated the contest as they kicked five unanswered points to book their place in the Connacht Minor Final against Galway in Pearse Stadium on Sunday, July 8.

For full report, log onto www.leitrimobserver.ie tomorrow (Thursday) and see next week's Leitrim Observer for in-depth analysis and reaction.