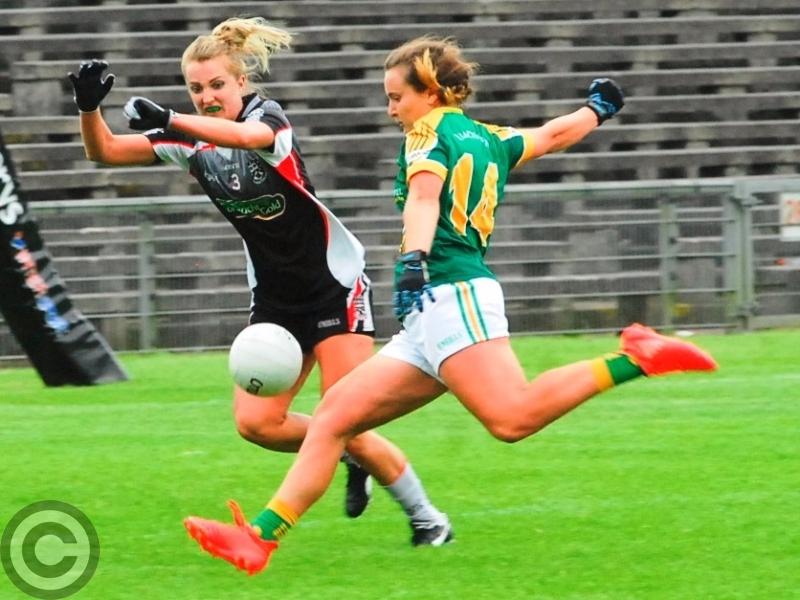 Ailbhe Clancy in action against Sligo - Leitrim face Longford in the Qualifiers. Photo by Willie Donnellan

Leitrim will face a derby in the TG4 All-Ireland Ladies Intermediate Championship Qualifiers after they were drawn to face last year’s All-Ireland Junior winners and neighbours Longford in the draw on Wednesday evening.

Philip Brady’s side now know the path to the All-Ireland Final as a win over Longford would lead to a Quarter-Final meeting against newly crowned Ulster Intermediate Champions Tyrone.

The derby meeting with an up and coming Longford will take place on August 5 or 6, the Bank Holiday weekend with the quarter-final fixed for two weeks later on the weekend of August 19/20, with the semi-final for the Leitrim side of the draw taking place on Saturday, September 2.

Connacht Intermediate Champions Sligo could be facing a Roscommon team who already defeated them in the Provincial championship after the Rossies were drawn to face Down in the first round, the Mourne women coming off the back of a heavy 0-17 to 0-3 defeat in the Ulster Final.

Should both Leitrim and Sligo progress, it will mean the two deadly rivals could face off in an All-Ireland Semi-Final.

On the other side of the draw, the issue is complicated by the fact that the Munster and Leinster Finals have yet to be held. But the big guns of Clare, Tipperary, Meath and Wexford are still all involved in the race for the Mary Quinn Cup.

The full draw for the TG4 Ladies Football Intermediate championship is as follows: