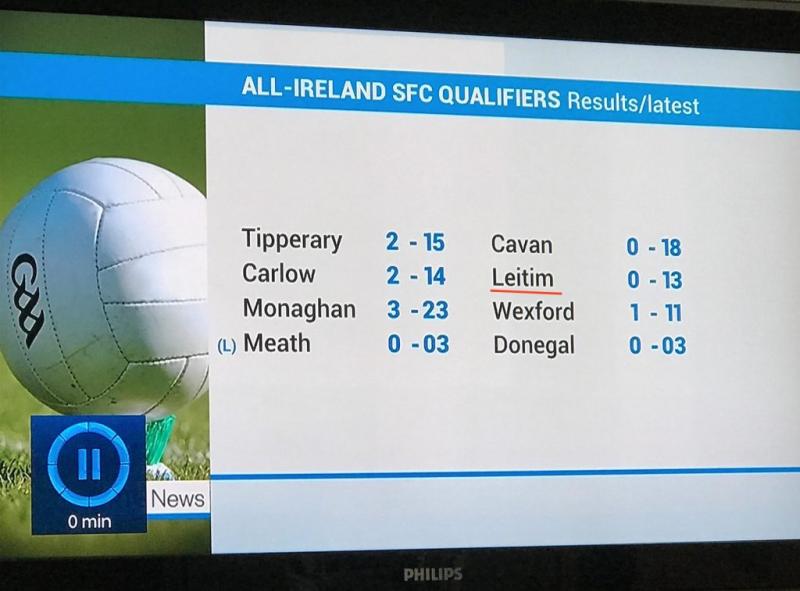 Oh but it was a miserable weekend for Leitrim football....nothing went right!

We got dumped out of the All-Ireland football championship last Saturday by fellow Division 4 side Carlow, but that's only the half of it.

To rub salt into already open wounds, RTE couldn't even spell our county's name correctly when putting up the (embarrassing) score on the News for the whole world to see!!!

This has led to poor Leitrim getting slagged all over the Internet and the like.

Seriously though… have you ever met someone from there - says another lurker.

I did once, in Irish college in 2003. Never before nor since. - came the reply

Gott liebt Leitrim. - At least one person had some sympathy for us.  And they're right, God does indeed love Leitrim, sure why wouldn't he?

But, all joking aside, we want to know where our 'R' is gone.  We demand that whoever took it give it back immediately and restore Leitrim to its proper position as the least populated county in Ireland.  We don't want any usurpers or imposters called Leitim taking that title away now, it's about all we can cling to at the moment!

And just when our weekend couldn't get any worse, we had to listen with envy to the whoops and hollers out of our next door neighbours when the Rossies recorded a shock win over Galway in Salthill to claim the Connacht title, no less!

I think they should be called oscommon from now on - just to even it up a little!