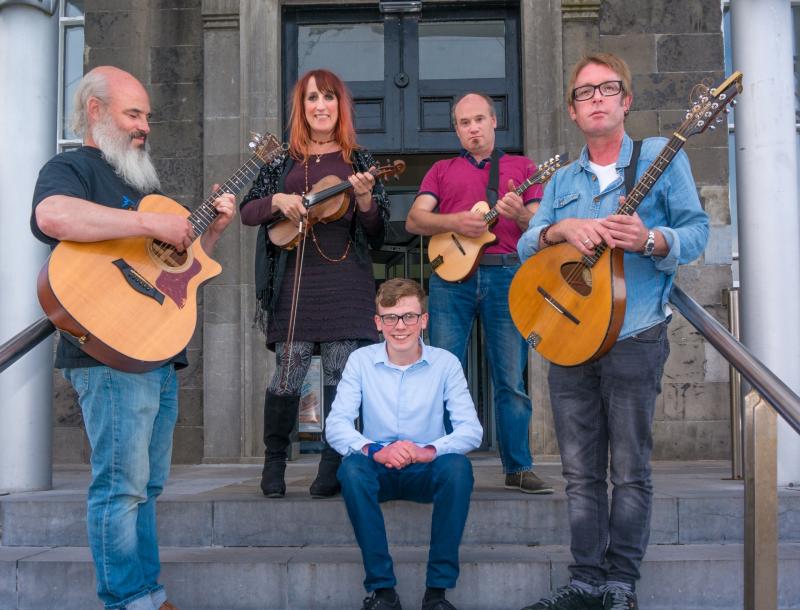 'Moone Boy', David Rawle, (centre) is pictured with members of Kila at a special screening of the Oscar-nominated film, 'Song of The Sea', in The Dock.

It featured a musical introduction by Kila as part of Carrick Water Music Festival.

The original film soundtrack was composed in collaboration with Kila and David voiced the part of Ben in the film.