"It's an accident waiting to happen" 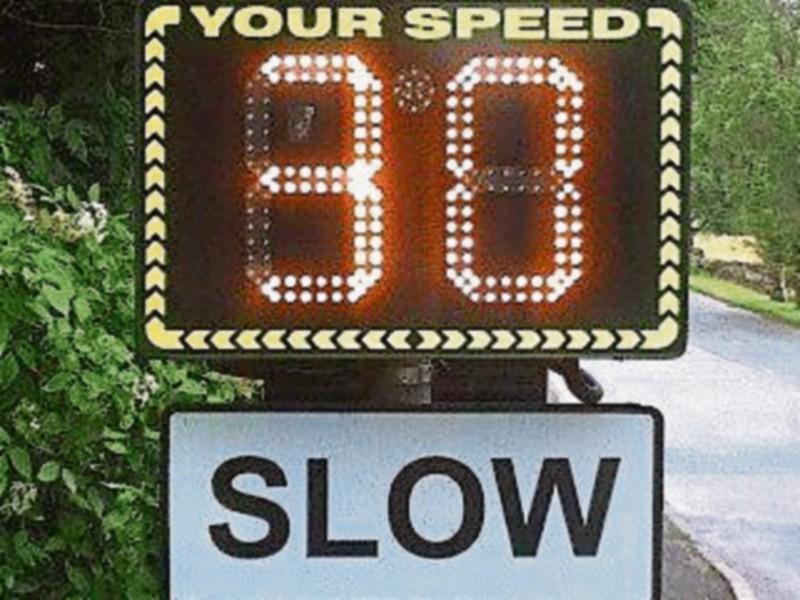 A motion brought before last Monday's meeting of Manorhamilton Municipal District by Cllr Felim Gurn sought to investigate the possibility of erecting a speed indicator sign at the entrance to the Screeney Manor Estate.

Cllr Gurn said, "It is the only entrance to Manorhamilton that doesn't have a clock checking your speed. It's an accident waiting to happen."

The reply to the motion, supplied by the Senior Roads Engineer stated , "There is no history of road traffic accidents at this location which would indicate an urgent need for any further traffic calming measures in this particular area and no funding has been provided by the Dept. of Transport for such a scheme."

Padraig McShera, District Engineer, Leitrim County Council told the meeting, "It would be nice to have one at every approach but they cost money and need to be maintained. Research has shown that they have an effect for a month, after that speeds go back to normal."

Cllr Justin Warnock added, "We have one in Kinlough but the speed van is parked just across the road so you are too late."

Another motion submitted to the meeting asked about access to the N16 from the Milhill Lawns Estate with Cllr Gurn's motion indicating motorists "Are experiencing considerable diffiulties. I request that the Road/Engineering Department give consideration to the implementation of a traffic management plan to slow down traffic coming from the direction of Enniskillen particularly on days when Manorhamilton Mart is in operation."

Cllr Gurn told the meeting, "It has got so bad the residents are complaining. Something needs to be done to slow traffic before it comes to the school."

Referencing an earlier motion in which he asked for the Roads Department to provide rumble strips on the northern and southern approaches to Kinlough Cllr Justin Warnock said with tongue in cheek, "We might get a bargin on rumple strips."

In reply Mr McShera said, "Rumble strips are not the answer. In urban areas there are campaigns to have them removed because of the noise levels.