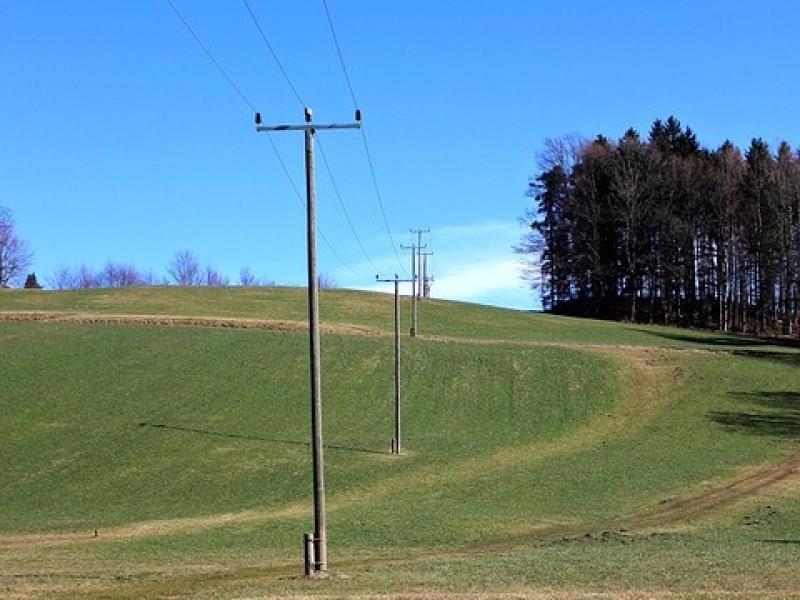 At the July Manorhamilton District Meeting which was held on Monday last, Cllr Padraig Fallon proposed that "Manorhamilton Municpal District call on the ESB, the Department of Agriculture, Energy and Rural Affairs together with the relevant Ministers to work together in the interests of fairness to review the current compensation offered where wood poles interfere with everyday farming practices.

"I also call on the Department to adapt and extend the annual payment from ESB Networks to all cases where inconveniences arise due to ESB poles."

Addressing the meeting Cllr Fallon said, "There are a number of farms with individuals who have shown me this. Compensation is available if the poles carry 38kv or more."

However, Cllr Fallon believes the requirements for compensation should be altered saying, "I believe there should be a payment on all poles 20kv and over."

Cllr Fallon referred to a farm that has been particularly impacted saying, "There are 16 poles in 8 acres of land and the farmer can't get compensation. I think it's wrong."

Cllr Fallon added that, "The value of land has decreased significantly."

The motion received the backing of the meeting and was quickly proposed and seconded.