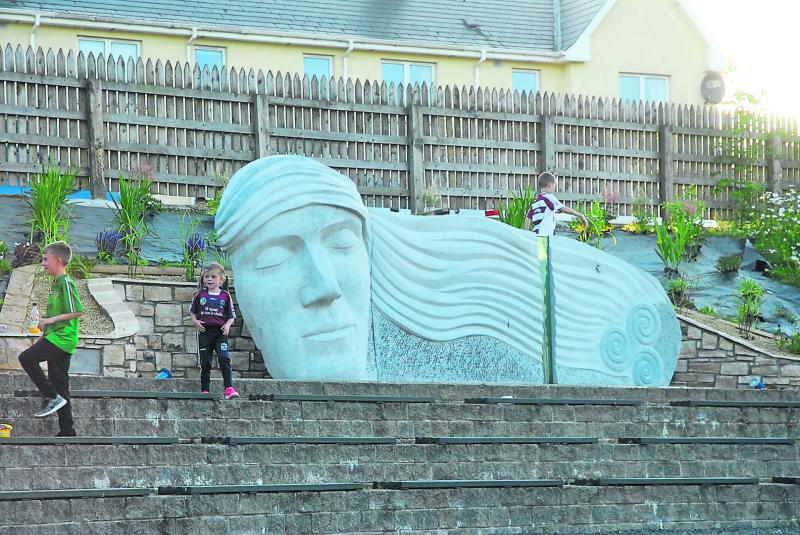 The sculpture commissioned by Joe Mooney Summer School committee was created by well known Manorhamilton based sculptor Jackie McKenna to represent the arrival of the ancient tribe on Sliabh an Iarainn about 4,000 years ago.

Their coming was first documented in “An Leabhar Gabhála,” the Book of Invasions, and later in The Annals of the Four Masters and evidence was found of the battle that was fought at Moytura where they were victorious and went on to rule Ireland for about 2,000 years.

The Tuatha had amazing skills in healing, music and magic. In Irish Mythology it is said that they also brought to our land the gift of music, song and harmony.

The music was of three categories - Goltrai (sad music), Geanntraí (lively music), and Suantraí (lullabies) which they used on certain occasions.

We are happy to experience the legacy of this great tradition during the renowned Joe Mooney Summer School which is in full sing in Drumshanbo.