Second programme in the popular series 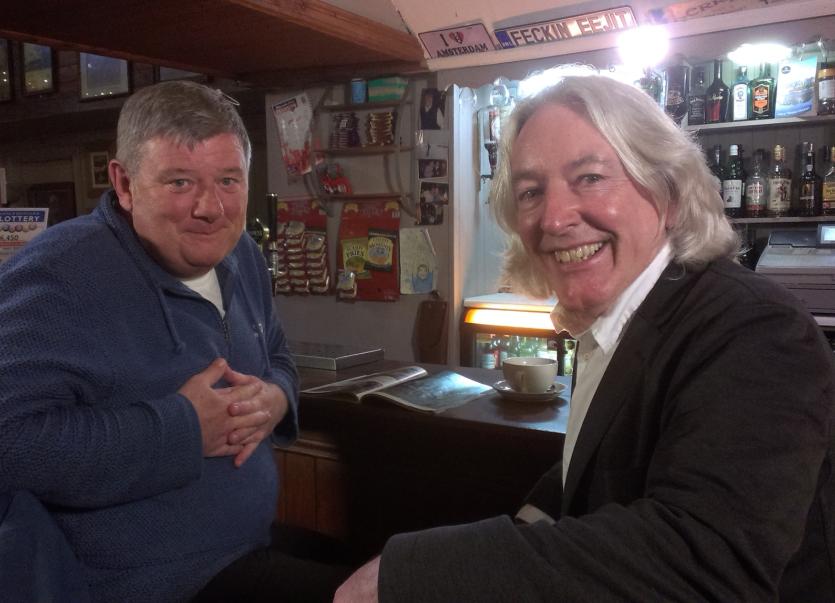 Arigna writer Brian Leyden talks to John Creedon in the second programme in the new television series John Creedon's Shannon which will be broadcast at 6.30pm on this Sunday, July 30.

He discusses him memoir The Home Place where he has the story about an issue of the National Geographic Magazine that appeared in November 1978. It featured an article called Where the River Shannon Flows with a famous photograph of the river nomad John Weaving in a punt with his two dogs Cubby and Brocky. A painting was made of the photo that appears in the Martin Scorsese's gangster film Goodfellas.

Weaving lived on a barge on the Shannon and helped with the construction of piers and dredging work on the navigation before the potential of the River Shannon as a tourism resource was fully appreciated.

The same National Geographic also featured a two-page photo essay on the writer's parents Nan and Matt Leyden on their mountain farm overlooking the Shannon.

In the article Brian's father is quoted as saying, "Don't stay too long in this country or it will capture you". After the pictures appeared in the National Geographic Matt and Nan got correspondence from all over the world and the full story is told by Brian in his memoir.

Brian Leyden will be reading from The Home Placce and his new novel Summer of '63 in the Arigna Mining Museum at 7pm this evening, Friday, July 28.