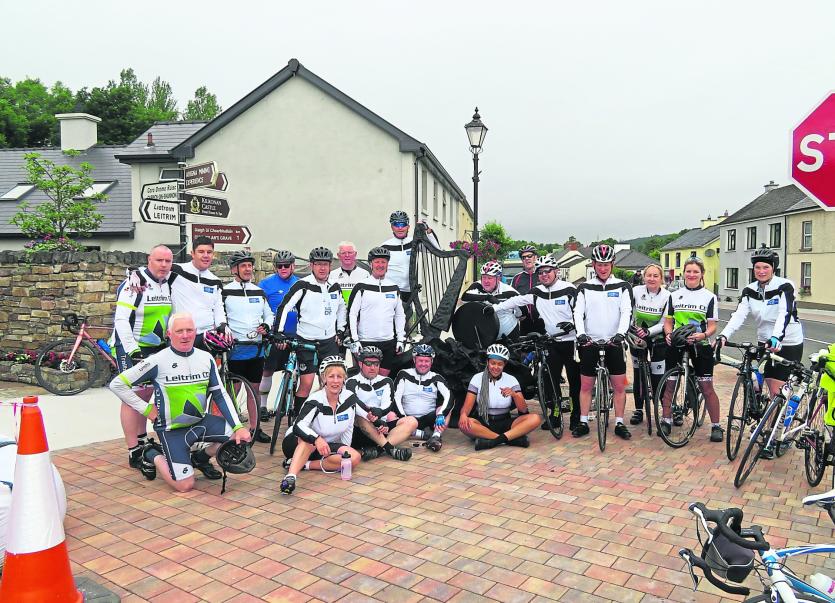 A group of cyclists from Liverpool are raising a glass to Ireland captain and former Sligo Rovers star Seamus Coleman who has donated £7,680 to their fundraising efforts.

Coleman, who joined Everton from Sligo Rovers in 2009 donated the money to the group of 23 cyclists who completed a 230 mile cycle from Sligo Rovers' home, The Showgrounds, to Everton FC's Goodison Park in June.

The cyclists were raising funds for the ‘Home Is Where The Heart Is’ campaign. The group of cyclists set themselves a fundraising target of £60,000 to tie in with Seamus Coleman’s transfer fee from Sligo Rovers to Everton and yesterday afternoon, Seamus made a JustGiving donation to their fundraising page of £7,680 to get them to their total of £60,000.

The cyclists were treated to some Leitrim hospitality when they stopped in Leitrim Village after leaving Sligo in the early hours of June 17.