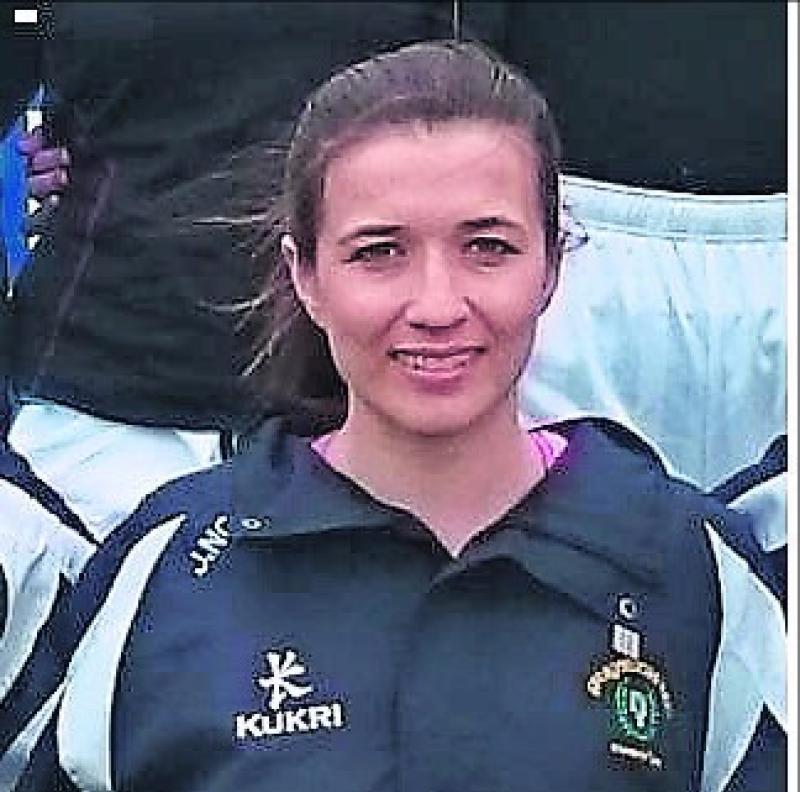 A well-known and popular young Kinlough woman, Janet Kerr has achieved many notable successes in recent years as a member of Greystones Rugby Club.

Janet, who is a primary school teacher, moved from Kinlough to Greystones a few years ago to take up employment there. Prior to moving to Greystones, Janet acknowledges the role that her local rugby experience in nearby Ballyshannon played in her progress in the sport.

“The coaches in Ballyshannon helped me to become involved with the Donegal Town U18 Girls team and the Donegal County team. I was lucky enough to captain both teams for a season. The County team opened up a variety of opportunities, including a tour of Wales and a Rugby Academy.”

Janet also accepts that her rugby career got a further boost after she moved to college in Dublin where the Kinlough woman undertook her teacher training degree courses. She usually plays at scrum-half (No 9) for Greystones and was appointed captain for the 2016/17 season.

Janet their prestigious Women's Rugby Player of the Year accolade. Meantime Janet won a trial place for the Leinster Rugby team trials in May 2016.

With the Women's Rugby World Cup competition currently taking place in Ireland for the first time, Janet calls on all Irish people to support their team. “RTE will show the marches and I would encourage everyone to tune in to at least one match to show our team that support and recognition they deserve.”

Janet's mother Pamela and dad, William who was an outstanding athlete and sportsperson, have always encouraged their talented daughter to pursue her rugby dream.

Pamela's grandfather, the late Walter Kerr was a well known personality in Kinlough while her grandmother, Muriel is a multi talented and highly regarded lady, who is currently busy rehearsing with the North Leitrim Age Gap Choir for its forthcoming Dublin show and TV appearances.

Recently Janet celebrated another important event in her life when she married her local Kinlough sweetheart and star Melvin Gaels player, Declan Roper. Family and friends afterwards joined in the celebration of this happy event in Janet and Declan's life at the wedding reception in Sligo's Clayton Hotel.