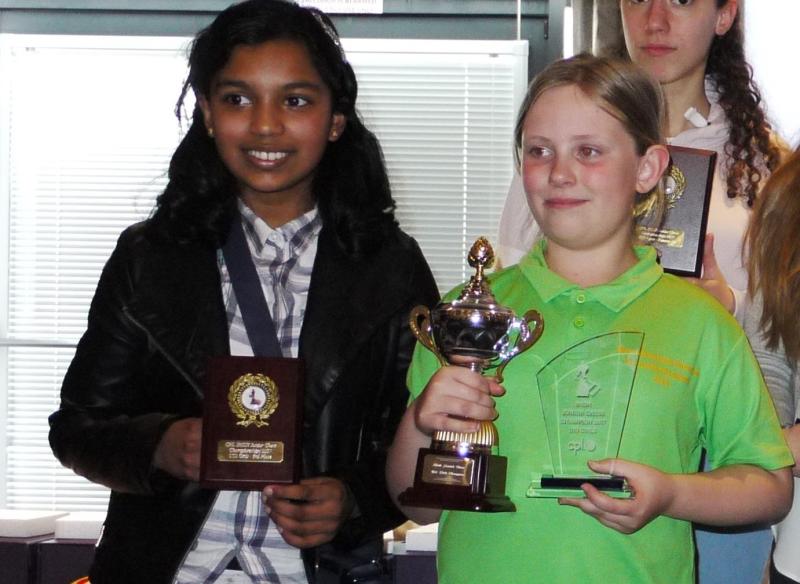 Who would have guessed that a small rural town in the North West of Ireland would be supplying half the Irish Chess Squad at the European Union Youth Chess Championships in Mureck in Austria.

That’s exactly what happened when two girls from Saint Clare’s Primary School in Manorhamilton were selected by the Irish Chess Union to represent Ireland in the Under 10 and Under 12 categories earlier this month.

Gemma Mulholland (9) and Susan Aji (11) are in their second year of a chess programme developed by Principal John Conlon at the school which uses the mind Sport of Chess as an educational aid in the classroom.

Research in other parts of the world has shown similar initiatives involving chess have had hugely positive effects on literacy, numeracy and language skills at the primary school level especially.

The programme in Saint Clare’s has been a fantastic success and children at the school have participated in many fun chess events on both sides of the border and even online with kids as far away as Greece.

John himself is now in the business of teaching other teachers how to get the program up and running in their own schools, simply and efficiently.

Gemma and Susan were among those many children from the school who took part in the All-Ireland Junior Chess Championships in Sligo last Easter.

Incredibly, the school had girls finishing in the top 3 of all the Cadet sections.  Gemma took Gold in the U10 girls whilst Susan brought home the bronze medal in the U12s. Sadhbh Drummond, a fellow pupil, took bronze in the U14 girls.

The Lord Mayor of Sligo, Marie Casserly, a keen chess player herself, awarded the prizes in the Clayton Hotel and was very impressed at all the local talent.