Area south of Barcelona a popular resort for Irish tourists 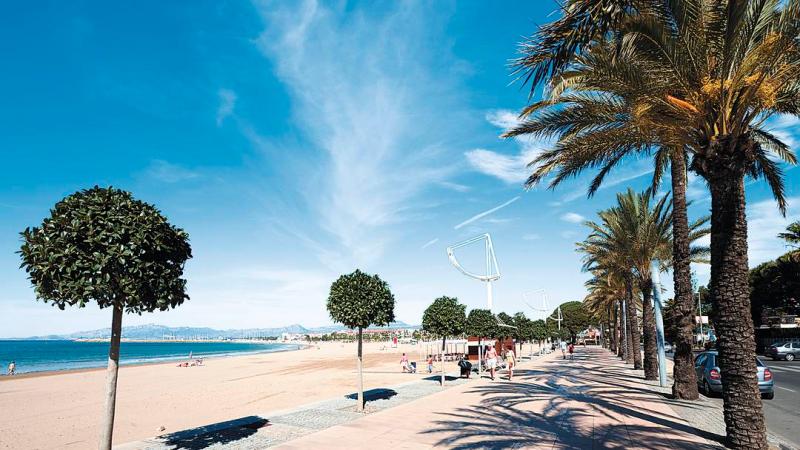 The beautiful beach and promenade in Cambrils.

The second terrorist attack that occurred in Spain last night targetted a resort that is particularly popular with Irish holiday makers.

Cambrils was a scene of violence and bloodshed overnight as five men were shot dead by police after driving their car into a crowd of people, injuring a policeman and six members of the public.

Tourists from Leitrim and this region would know this area of Spain quite well.  Regular flights operate from Ireland West Airport Knock to nearby Reus Airport where people holiday in resorts along the Costa Dorada including Cambrils, Salou and La Pineda, as well as using it as a base to visit nearby Barcelona.

Barcelona was a scene of devastation yesterday as the popular Las Ramblas area was targetted by jihadists who drove a van through the packed street, murdering 13 people and injuring many more.

With many Irish tourists in that area of Spain at this time of the year, the Irish Travel Agents Association (ITAA) has responded to the terror attacks in Barcelona and Cambrils to say it is working with its members across Ireland to support holidaymakers in the region. Tour operators are working with local authorities to support any Irish travellers who may require assistance.

Cormac Meehan, President of the ITAA said, “We are deeply saddened by the news of the terror attack in Barcelona yesterday. On behalf of the ITAA, I wish to convey our sincere condolences and solidarity with people of Barcelona and Spain. Spain and Ireland have been important tourist partners for many years. This year, almost 2 million Irish citizens will visit Spain making it Ireland’s most popular holiday destination.”

He continued, “Our advice to Irish holidaymakers in Barcelona or intending to travel to Barcelona is to exercise a high degree of caution and to follow all the advice of the local authorities. Passengers are likely to experience disruption and delays and are advised to stay in touch with their travel agent, carrier airline or tour operator.”

Anyone with concerns for the safety of loved ones in Barcelona can contact the Department of Foreign Affairs Consular Assistance team on +353 1 4082000.

If anyone from Co. Leitrim was caught up in the attacks and would like to share their story or any photos or video they might have, please email same to editor@leitrimobserver.ie