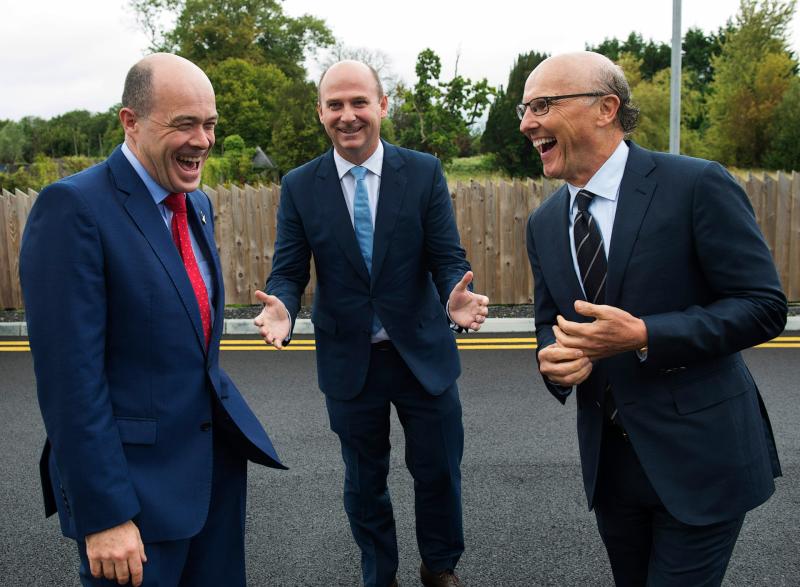 The enet-SSE roll-out plans have been unveiled this afternoon by Minister Naughten at an event taking place at Ballinasloe, Co. Galway.

In the coming months, enet-SSE will deliver the new fibre-to-the-premises broadband network to nine towns in the West and North West, beginning in Ballinasloe and continuing on to Roscommon Town, Manorhamilton, Bundoran, Ballyshannon, Donegal Town, Ballybofey, Stranorlar, and Buncrana. The network roll-out will connect each town in phases, will be completed in 2019, and will support around 700 contractor jobs at peak delivery.

Minister Denis Naughten said, "This joint venture between enet and SSE will deliver world-class high speed broadband to 115,000 premises, which is tremendous news for consumers and businesses in regional Ireland.  With an investment in excess of €100m, which equates to a multi-million euro investment each month during the network roll-out, the enet-SSE project delivery is expected to support 700 contractor jobs and local supply chain involvement in the West and North-West.

"Operated as a wholesale, open-access fibre network, it will be available to Ireland’s retail broadband providers, giving consumers choice and keeping prices competitive. enet-SSE is a new commercial joint venture between enet-owner Granahan McCourt Capital, the Dublin-based technology, media and telecommunications investment group, and SSE, Ireland’s second largest energy utility and one of Ireland’s leading developers and investors in cleaner energy infrastructure. The project is being delivered at a joint enet-SSE investment cost of more than €100m."

David C. McCourt, founder of Granahan McCourt Capital and chairman of enet, said, "We are delighted to be partnering with SSE, which as a FTSE 100 company and one of the largest and most respected energy companies in Ireland and the UK, offers extensive telecoms and infrastructure experience and substantial resources to employ."

Stephen Wheeler, Managing Director of SSE Ireland, said, "We are very excited to be working with enet and Granahan McCourt Capital on such a key project for Ireland, developing a commercial relationship that will bring huge benefits to regional Ireland through the delivery of superfast fibre connectivity to 115,000 homes and businesses. Now, working through our new venture enet-SSE, we’re delighted that we will be delivering vital communications infrastructure that will make a real difference for regional communities and will support local contractor jobs during network roll-out."

Deputy Tony McLoughlin welcomed the news and said, "Today’s announcement is a significant boost for businesses and families in Donegal and Leitrim."