Frank Curran leaving to take up role in Wicklow 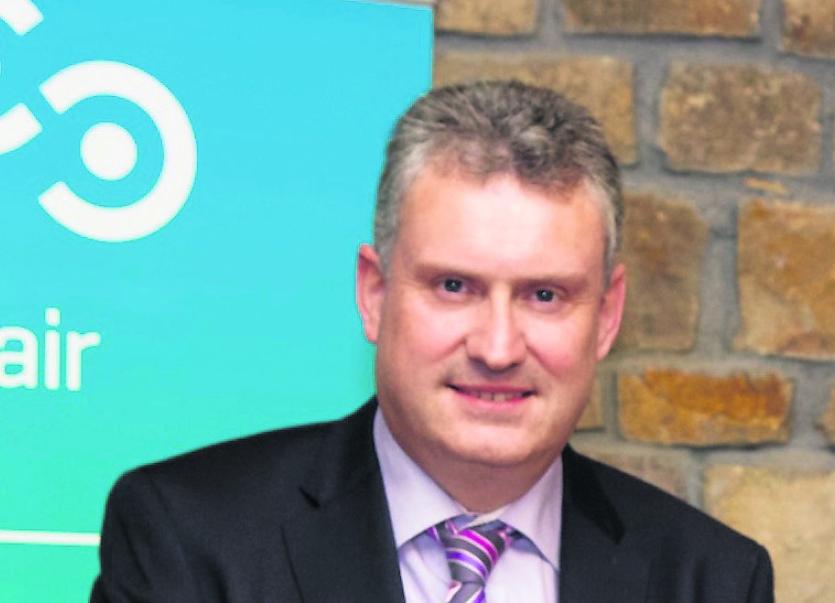 After just over three and half years of service, the Chief Executive of Leitrim County Council, Frank Curran, attended his final council meeting last Monday.

Speaking to the Leitrim Observer after the meeting, Mr Curran, who took up the role in February 2014, said that he is looking forward to his new position in Wicklow but would be sad to leave Co Leitrim.

He praised the staff and county councillors for their hard work and commitment noting “when the chips are down everyone works together.”

Looking back on his time in Co Leitrim he said he had been overwhelmed by how friendly and welcoming the people of the area had been.

“Everyone has been so welcoming and we are lucky to have such exceptional staff here (at Leitrim County Council). They have been very easy to work with and I want to say, I will be back.”

He noted developments such as the opening of the Hive Enterprise Centre in Carrick-on-Shannon, Manor Hub in Manorhamilton and the Carrick Business Park as well as the benefits they brought to the area.

“But it's not just about jobs, it's about the quality of life here,” he acknowledged, adding Co Leitrim had so much to offer those who lived and worked there.

He referred to the strong creative tradition in Co Leitrim where we have “more creative people per captia than any other county” and also a strong framework of supports.

The growth of sporting facilities in the county is also something we should be proud of, he said, pointing out the refurbishment of the Aura Leitrim Leisure gym and resurfacing of astro turf grounds in recent months as welcome developments.

“We are lucky enough in Co Leitrim to have a very ambitious housing programme,” he added, with investment in the construction of new social housing projects planned in Carrick-on-Shannon and Manorhamilton, to name just a few.

“I am also delighted that we are going ahead with the extension to the existing Council offices,” he said.

“This investment will mean that we have a state-of-the-art office in Carrick-on-Shannon with all services currently based in Park Lane and the Town Hall, moving under one roof.”

“For a small county Leitrim certainly always punches above its weight and that is down to the determination and persistence of people here,” he said.

While he acknowledged there are funding challenges with the massive drop in funding from central government and our low rates base, Mr Curran said that the staff, councillors and community groups of the county are very proactive in securing funding from a variety of schemes.

He stated he is especially proud of the major investment in the county's Blueway and the recent extension, in particular at Drumshanbo's Acres Lake, which was officially opened yesterday (Tuesday).

He is also enthusiastic about the potential of Greenways currently under development in the county and said he is hopeful these projects will be well placed to secure funding in the near future.

“But so much has been achieved in the last few years. We have the investment in Sean MacDiarmada's homestead, the Kiltyclogher Heritage Centre, the work at Glencar Waterfall and Eagle's Rock, I am very proud of what has been achieved during my time here,” he told our reporter.

But asked what he will miss most about the county?
“I have enjoyed my time here and I will miss the people of Co Leitrim and I know my family will too,” he said.