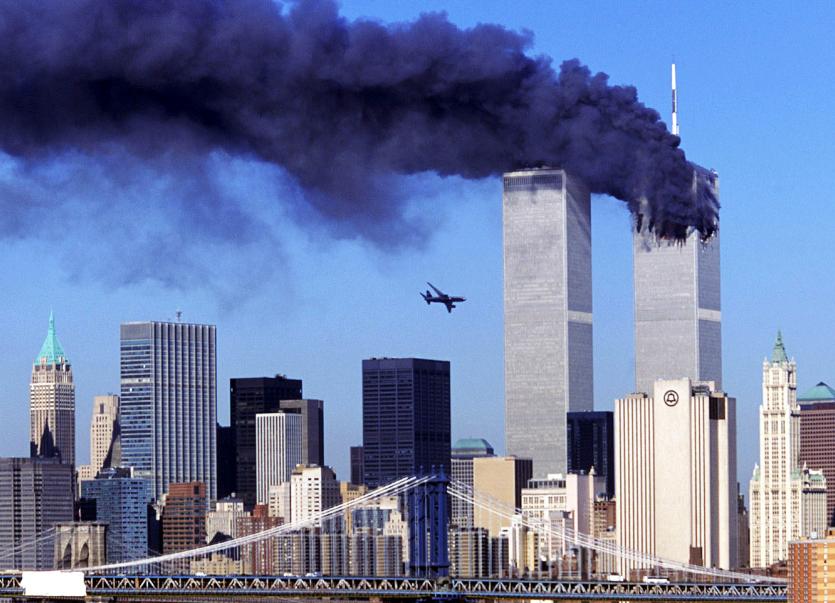 The second plane about to crash into the Twin Towers.

Here in Leitrim many people will be remembering friends and family they lost in the attacks.

When planes hit the World Trade Center on Sept. 11, 2001, Father Mychal Judge ran into the North Tower alongside the firemen he served. Not long after, he became the first recorded victim of the terrorist attacks. (There is a memorial to Fr Judge situated at Keshcarrigan). 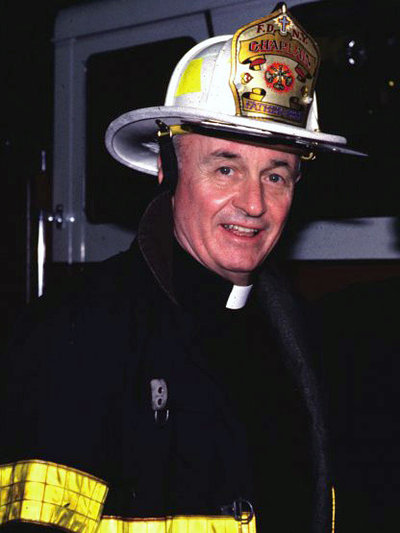 The September 11 attacks (also referred to as 9/11) were a series of four coordinated terrorist attacks by the Islamic terrorist group al-Qaeda on the United States on the morning of Tuesday, September 11, 2001. The attacks killed 2,997 people, injured over 6,000 others, and caused at least $10 billion in infrastructure and property damage.

Many people who were toddlers or young children at the time, are now young adults and can only access the story of 9/11 through the annals of history.

Four passenger airliners operated by two major U.S. passenger air carriers (United Airlines and American Airlines) — all of which departed from airports in the northeastern United States bound for California — were hijacked by 19 al-Qaeda terrorists.

A third plane, American Airlines Flight 77, was crashed into the Pentagon (the headquarters of the United States Department of Defense) in Arlington County, Virginia, leading to a partial collapse of the building's western side.

The fourth plane, United Airlines Flight 93, initially was steered toward Washington, D.C., but crashed into a field in Stonycreek Township near Shanksville, Pennsylvania, after its passengers tried to overcome the hijackers. 9/11 was the single deadliest incident for firefighters and law enforcement officers in the history of the United States, with 343 and 72 killed respectively.

2,996 people were killed and more than 6,000 others were wounded on that unforgettable day in September.