11.1% of Leitrim’s population are non-Irish nationals 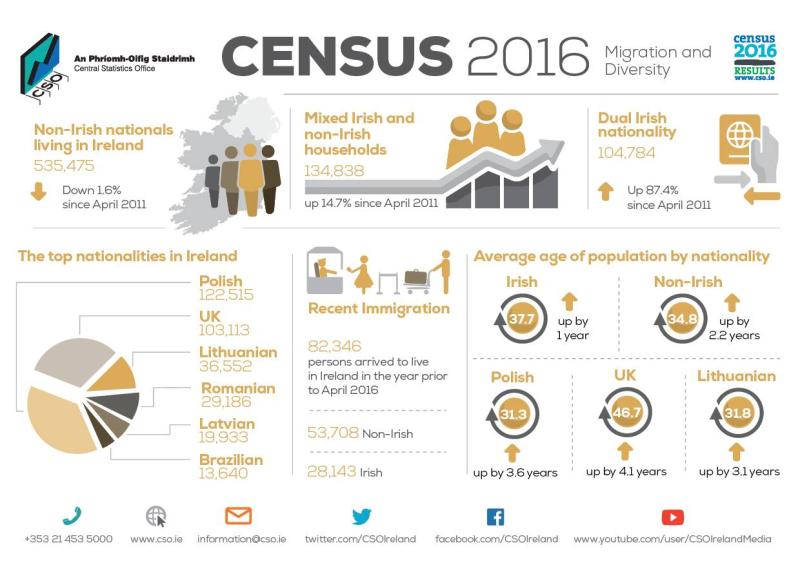 The report shows that, in April 2016, there was a decline in the number of non-Irish nationals living in Leitrim.

Nationally, 11.6% of the population were non-Irish nationals.

Commenting, Deirdre Cullen, Senior Statistician, said, “This report gives a detailed insight into the many different nationalities living in Ireland, including their age profile, marital status, the languages they speak, and their educational and employment status. Non-Irish nationals and those with dual nationality are now well established in Irish society and communities throughout the country, and this report provides a wealth of information on their social and economic circumstances in April 2016.”