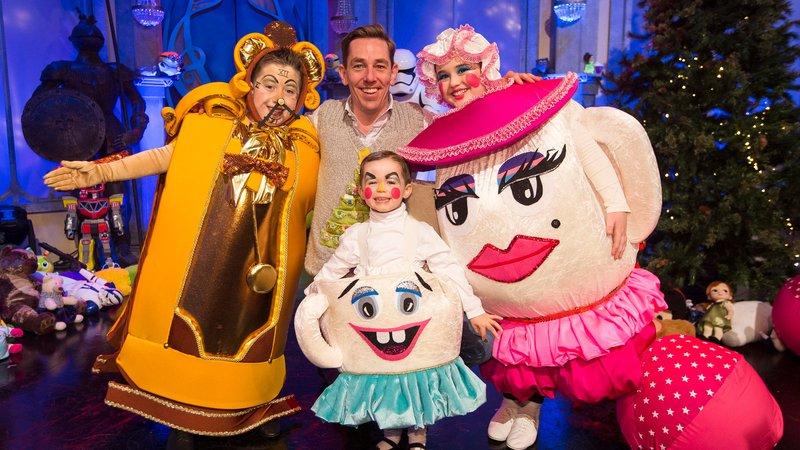 The deadline to get applications in to be part of the cast for this year’s Late Late Toy Show has been extended.

The deadline to get applications in to be part of the cast for this year’s Late Late Toy Show has been extended by another seven days, it was announced today.

Young performers now have until Friday, September 29 to get their applications in.

The final push for auditionees comes as the Late Late Toy Show team prepares to travel across the country to meet the best and brightest of young talent to perform on Irish television’s biggest night.

The Late Late Toy Show will travel to Cork, Galway and Mullingar in late October for regional auditions as they search for the stars of this year’s show. The team are looking for boys and girls from all over the country to help make this year's Toy Show a truly magical event.

Auditions are invitation only so it is vital that any young person who thinks they have a special talent perfect for the Toy Show gets their application in now.

All you need to do to apply is:

- record a short video of yourself doing what you do best (singing, dancing, making things disappear, whatever it is)

- put that video on a DVD or USB key

- Send your application to The Late Late Toy Show Auditions, PO Box 170, RTÉ, Dublin 4 and the Toy Show elves will take it from there!

Late Late Toy Show host Ryan Tubridy said: "I am really looking forward to hitting the road again and taking the Toy Show to the kids who make it such essential viewing. We have unearthed some brilliant performers on our previous trips around Ireland but I'm absolutely positive that there are still some real gems to be discovered."