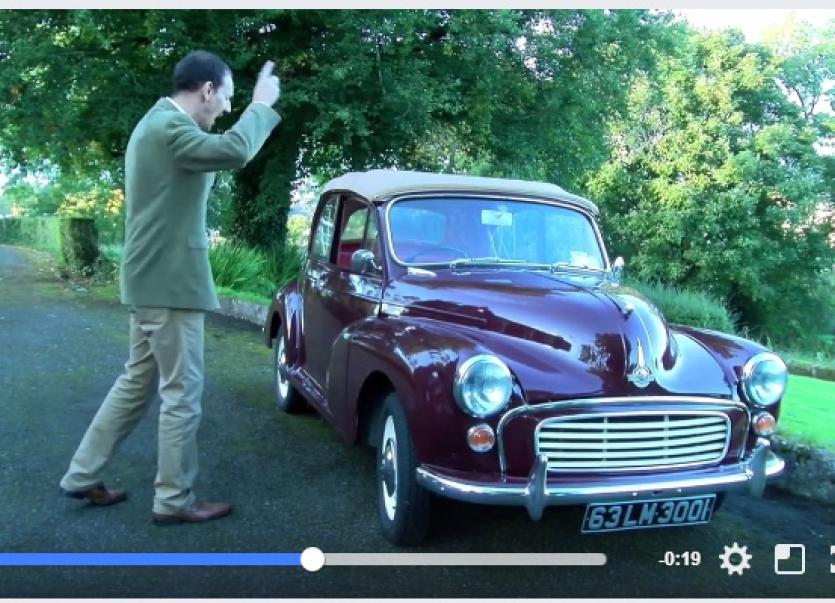 Basil takes out his frustrations on his car.

Oskars fever has descended on the Carrick-on-Shannon area with the first video clip emerging of Basil Fawlty taking out his frustrations on his poor car.

OsKaRs night takes place on Saturday, October 7 in The Landmark Central with seven movies featuring 68 actors and a host of extras and excitement is building for the big occasion.

This black tie event hosted by St. Mary's GAA Club is proving hugely popular and tickets are selling fast.  Tickets for the main event are €30 with tickets also available for Club 360 (€15) where the movies will also be streamed.

The seven movies featuring on the night are: Fawlty Towers, The Snapper, Rocky, The Field, Bridesmaids, Fr. Ted and Forrest Gump.

All the actors have been very busy over the past few weeks rehearsing and filming their scenes in a variety of locations around the area.  It will all culminate with the screenings on the big night in The Landmark Central.

Check out an excerpt from their hard work here.

Main Sponsor of the event is Gerard Anthony Menswear, Carrick-on-Shannon.