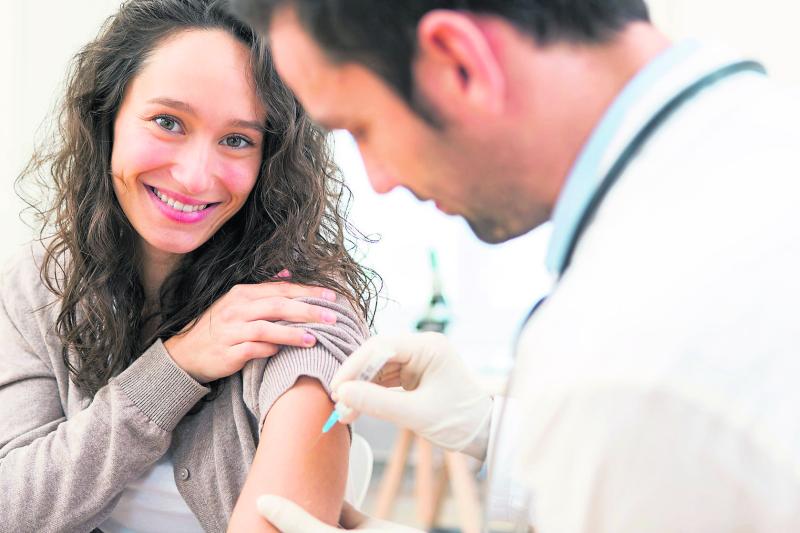 Dr. Brenda Corcoran explains that the HPV vaccine is offered to all girls in first year in second level schools because the response to the vaccine is best at this age.

The HSE has requested the Leitrim Observer print the following article by Dr Brenda Corcoran, Head of HSE National Immunisation Office in relation to the HPV Vaccination which is due to be administered in local secondary schools over the coming week:

There was a huge welcome when the HPV vaccine was introduced and became part of the school schedule in 2010. Our uptake rates were more than 80% - among the best in the world. In recent years, misleading and false claims have caused doubt, undermined trust and led to parents hesitating about the vaccine.

Each year in Ireland, over 6,500 women need hospital treatment for pre cancer of the cervix, 300 women get cervical cancer, and 90 women die from it. Cervical Cancer is caused by the human papillomavirus (HPV). Some HPV infections caused by high risk HPV types can progress to precancerous growths which may then progress to cervical cancer.

The HPV vaccine protects girls from developing cervical cancer when they are adults. The HPV vaccine is offered to all girls in first year in second level schools because the response to the vaccine is best at this age.

In Ireland, the HSE HPV programme provides Gardasil HPV vaccine which protect against 7 out of 10 cervical cancers and 9 out of 10 genital warts - 690,000 doses of Gardasil® HPV vaccine have been administered and more than 230,000 girls have been fully vaccinated against HPV. By March 2017, over 227 million doses of Gardasil® had been distributed worldwide and this vaccine is currently used in over 25 European countries, the United States, Canada, Australia and New Zealand.

HPV vaccines are very safe. For more than 10 years the safety of the HPV vaccine has been strictly monitored and frequently reviewed by many international bodies including: the European Medicines Agency (EMA); the Global Advisory Committee on Vaccine Safety of the World Health Organization (WHO); and the Centers for Disease Control and Prevention in the US. These international bodies have continually reported that the vaccine is safe with no known long-term side effects.

Worldwide, regulatory authorities report no increase in any long term medical condition in vaccinated compared to non vaccinated girls. These conditions occurred in girls in the days before the HPV vaccine was ever introduced. They occur in both teenage boys and teenage girls. Yet the rate at which they occur has not increased since 2010 and indeed there is no difference between the rates recorded for boys and girls.

Since the HPV vaccination programme started in 2010, the HSE information leaflet has always provided web links to the current licensed documentation.

In countries with high HPV vaccine uptake such as Australia and Scotland precancerous growths of the cervix have been reduced by more than half. In Scotland, research has shown there has been a 90% fall in cancer causing HPV infections in vaccinated girls.

These new findings indicate that the positive impact of the HPV vaccine may be even greater than was initially thought. The HPV vaccination programme in Scotland has achieved a consistently high uptake of around 90% in 12- to 13-year-old girls.

The reality of cervical cancer is distressing and tragically it kills – over 90 women in Ireland every year and over half a million women die across the globe every year. Others endure long term treatment and many end up infertile. That pain, that distress and that heartache can be avoided by ensuring your daughter gets the vaccine. Older girls in school can still get the vaccine.

We urge you to talk directly to your local school vaccination team, your local pharmacist or GP. They will help you talk through any concerns or doubts and will show you the overwhelming evidence that shows that the vaccine is safe and it is effective.

We would recommend you access only accredited information and seek support from trusted sources. The WHO has accredited all the information on our website hpv.ie. We urge you to visit it, get informed and ensure your daughter gets the vaccine and is protected.