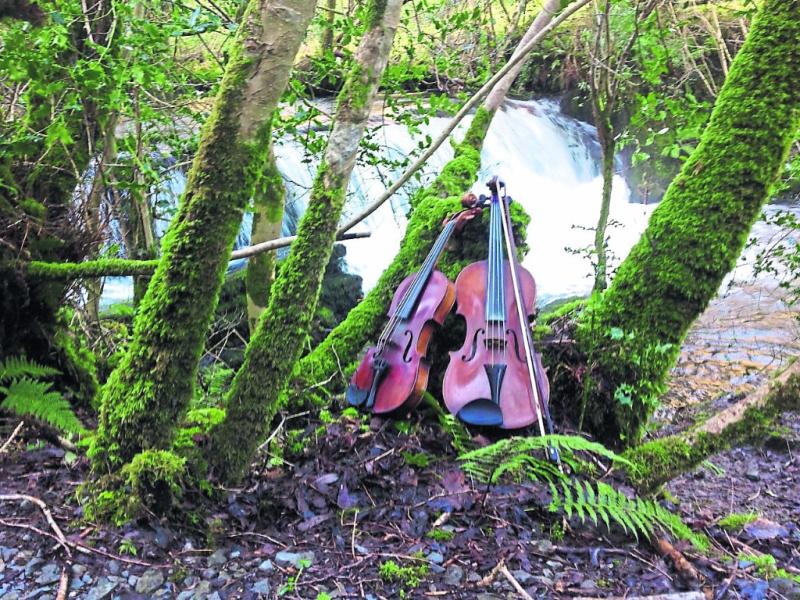 The Master’s Daughter is a tune that Maurice Lennon wrote some time ago to honour his mother. She was a daughter to John P Eames, Principal of Ballaghmeehan School for many years. This tune has been recorded by Stockton’s Wing on their “Crooked Rose” Album.

The Lennon Family of Kiltyclogher origin are noted performers in the world of traditional music. Ben and Charlie are both Gradam award winners, amongst so many other accolades including “Freedom of Leitrim”

Ben’s son Maurice, is also being honoured with the Freedom of Co Clare, he being a founder member of Stocton’s Wing and the band is celebrating 40 years in the business.

Clare County Council in recognition of this achievement will bestow on them this honour in Ennis on the October 9 and interestingly enough, this is the same town where Maurice won the All Ireland Fiddle Competition in 1977 at the tender age of 19.

Like his uncle Charlie, is a prolific composer and tunes from both of them can be heard at Sessions, Recitals, Concerts and recordings on a global scale.

Brian Lennon is now regarded as one of the finest flute players of the present age and excels in that bouncy style of old Leitrim music. He is a conductor of a choir in Westport called Cór Mhaigh Éo and also a member of the group Códa performing on the night.

Members of the band Dervish will also be performing. It will be an opportunity to hear this highly talented band, who mainly nowadays perform outside the country, places such as Japan, Australia, North America and all over Europe.

Sean Keane is a member of a family of renowned singers and musicians from Caherlestrane in Co Galway. Aunts, Sarah and Rita and sister Delores set a very high bar in Sean nós style and Sean is carrying on the tradition now and is one of the finest performers to be heard anywhere.

The MC on the night is no other than the very famous reporter on our television screens and northern editor for RTE - Tommie Gorman.

The Lennon family are hugely indebted to all the artists, giving their valuable time supporting North West Hospice – Sligo.