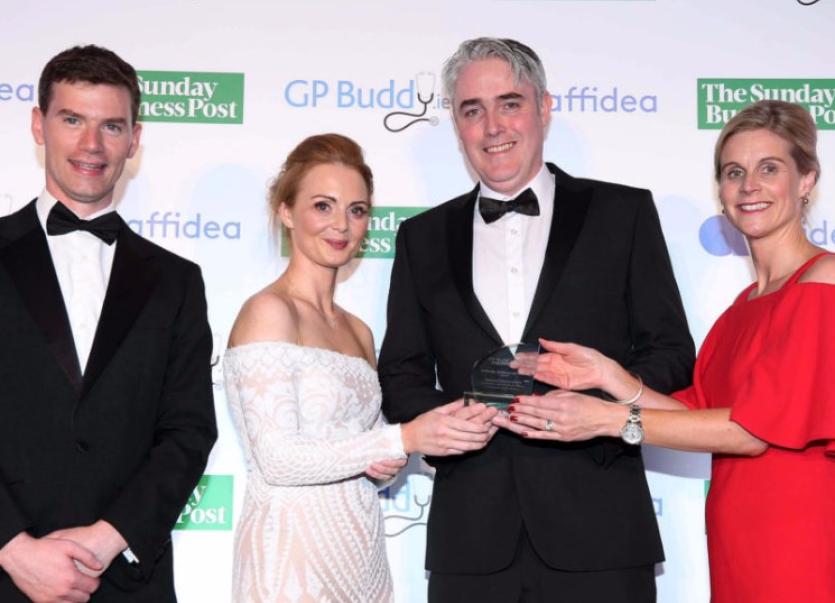 Drumshanbo native Charlie McManus was celebrating on the double recently as he and his wife Evelyn were named as the country's best rural GPs.

Dr Charlie McManus, who is based in Dunkineely, Co Donegal is a son of Padraig and the late Patricia McManus, NT, Murhaun, Drumshanbo.

Husband and wife Dr Charlie McManus and Dr Evelyn Ward-McManus picked up the award at the GP Buddy National GP Awards 2017 in Dublin after being jointly nominated.

This is the second year of the awards and they were established to try and celebrate positivity in health care.

Dr McManus, who has been at the Dunkineely Health Centre since 2015, said he was surprised at the unexpected awards.

His wife, a GP in Milford, also covers at the Dunkineely practice and works one day a week in her native Glenties.

After the two doctors were nominated and votes were cast through Facebook and the GP Buddy website.

The entrants were judged by a panel and the winners chosen.

“Practice manager Carol Duddy worked behind the scenes on the nomination without telling me and informed the patients of the awards both online and also by word of mouth when they came to the practice,” Dr McManus said.

Dr McManus thanked everyone who voted for him and Dr Ward-McManus. The GP is involved with Naomh Chonaill GAA club and was previously involved in the Donegal senior football panel. “I would also like to thank the GAA public as there was a large vote from them,” he said.