Festival of the Dead in Cavan 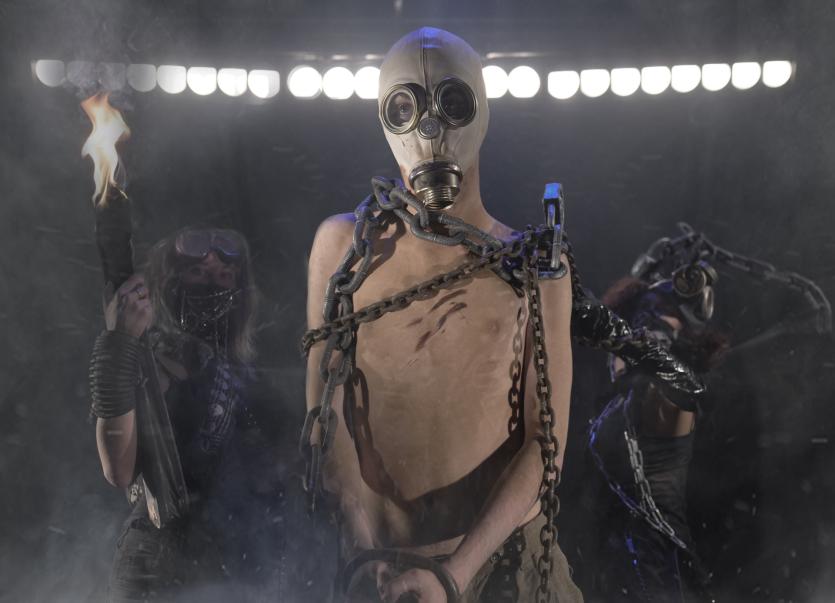 The third annual Festival of the Dead, takes place at Townhall Cavan from 26 – 29 October this year, bringing daring, dynamic and dizzying theatrical experiences to the streets of Cavan Town.

Featuring a 72-Hour Wake; a dynamic re-imagining of Frankenstein; kids’ and adults’ performances by the exhilarating Kíla; and an explosive street spectacle, Prometheus Bound, this festival promises to wake the living and the dead.

This dynamic new production will bring to life new possibilities for theatre and live art. A moving spectacle, both literally and figuratively, it will use Cavan Town as its stage, transforming familiar locations into a Gothic setting with a contemporary twist.

The cast will guide the audience through the action as they form a mob to chase Frankenstein’s monster before being led into a surreal Hall of Frankensteins, a thematic playground exploring the meaning of Shelley’s creation. Reaching its crescendo in the 13th century abbey around which Cavan was built, this ‘theatrical theme park’ of Frankenstein is a powerful and moving spectacle that packs a surprising satirical punch. Suitable for ages 16 and over. Tickets from townhallcavan.ie

'Prometheus Bound'
The Aeschylus tragedy has been adapted into a post-apocalyptic operetta by Philip Doherty and Robbie Perry, taking place on Town Hall Street, Cavan on Sunday, 29th October at 8pm. (Admission Free, all ages)

The great titan Prometheus stole fire from the Gods and gave it to human kind. As punishment, Zeus, the cruel God of Gods, chains our hero to the side of a cliff for all eternity. This classic Greek myth is brought spectacularly to life in this explosive steampunk spectacle where trucks, burns offs, drums and flames are as much part of the experience as the defiant poetry of a hero in chains.

Regarded as likely the greatest ever Irish live band, Kíla are a whirlwind of energy, rhythms and world music styles. Performing in Townhall Cavan’s main theatre space on Friday, 27th October at 10pm, they will jolt audiences to life. Tickets from townhallcavan.ie

Kíla will also perform a special interactive kids’ show on Saturday, 28 October at 12noon. Frontman Ronan Ó Snodaigh, who is an accomplished street performer, will lead the children along with the melody as they perform songs from the Oscar-nominated animation, ‘Song of the Sea’. See Townhallcavan.ie for further information on ticketing.

In the best Irish tradition of turning a funeral into a right old knees-up, the Festival of the Dead is hosting a 72-Hour Wake, which will see all manner of musicians, poets, actors, dancers, artists, and storytellers engage in a Herculean, three-day, non-stop performance celebrating the thinning of the veil between the living and the dead, with performances on the hour.

The 72-Hour Wake runs from Thursday, 26 until Sunday, 29 October and admission is free.