Leitrim nominees hope to secure your vote in weddingsonline Awards 2018 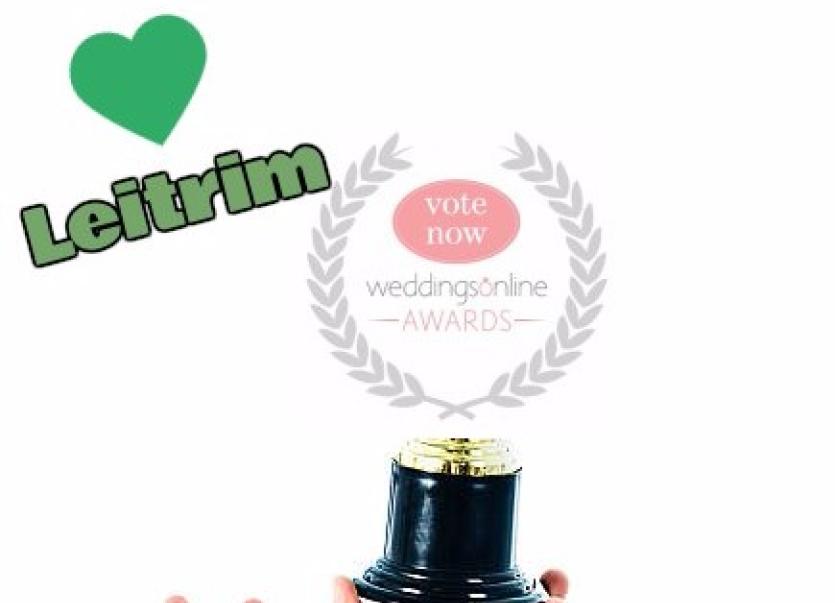 Leitrim has developed a well earned reputation as the home of some of the country's leading wedding suppliers, entertainers and, of course, outstanding wedding venues. So it comes as no surprise that a long list of local businesses have been nominated in categories of the weddingsonline Awards 2018.

Since its inauguration in 2008, this event has become a permanent fixture in the diaries of Ireland’s wedding industry professionals and brides and grooms-to-be alike. The weddingsonline Awards recognise the success, dedication and extremely high levels of quality and service given by the Irish wedding industry.

We caught up with The Landmark’s Marketing Manager, Aoife McCormack, who told us what these awards mean to The Landmark and also for the local wedding industry…

"It’s been a year of awards for The Landmark. The year began when WeddingsOnLine.ie awarded The Landmark ‘Ireland’s Waterside Wedding Venue of the Year’ and then in August RSVP Magazine bestowed ‘Best Wedding Customer Service’ upon our Wedding Team.  And now, all going well we will end the year on a high if we are shortlisted for one of the 3 awards that we have been nominated for including Waterside Venue, Best Wedding Venue Connaught and Wedding Co-ordinator of the Year. It’s such an achievement for our team to be awarded such highly esteemed national titles and to bring these awards home to Leitrim, well it’s something we are all very proud of.

"The sheer volume of nominations from Leitrim in this year’s WOL.ie Awards is a reflection of the high calibre of services and products supplied by and available from Leitrim businesses within the Wedding Industry. 2017 saw Patricia Corrigan’s Padanee Bridal Couture, Main Street Carrick-on-Shannon winning EXPOSÉ’s Bridal Outlet of the year – what an incredible achievement for this young business.  Ana Carr’s ‘Fun & Frills’ is also taking the country by storm and Ana is gaining serious attention from Wedding Planners nationwide. The standard of the Wedding Suppliers in Leitrim is formidable, we have the pleasure of working with many of them on a regular basis and they are hard matched.

"The wonderful thing about this industry is that Brides & Grooms, if they are happy with the service they have received are more than happy to pass on referrals to family & friends and of course to support their suppliers when it comes to awards nominations and votes. It’s referrals that bring Leitrim bands such as Late Nite Radio and Top of the Popz  the length and breadth of the country. And it’s Awards that make people locally and further afield sit up and take notice of the excellence and quality services that are available right here in Leitrim. To say that Leitrim is punching above its weight is an understatement! I’d like to take this opportunity to wish all Nominees the very best and to ask Leitrim to be sure to VOTE!"

So get behind our local nominees and cast your vote here.