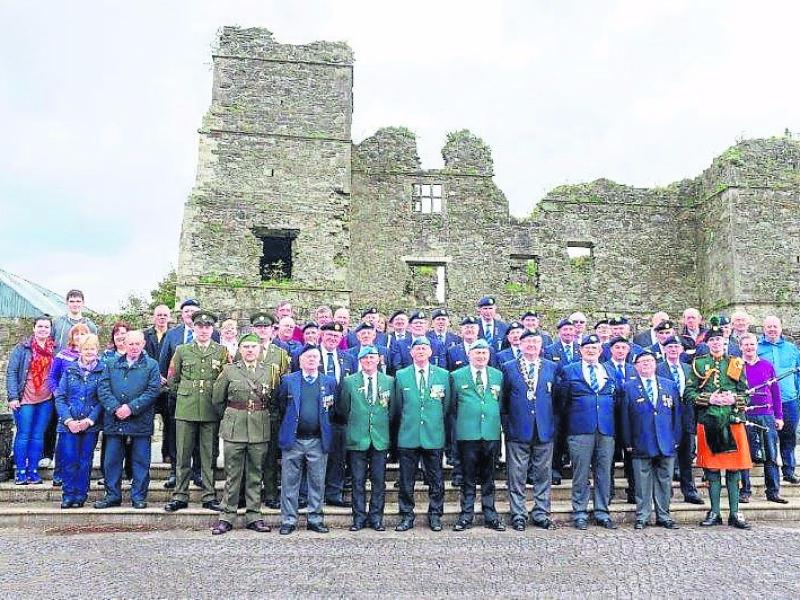 This is the second of three plaques to be erected by the Association in counties Sligo, Leitrim and Roscommon. The proceedings commenced at the Castle Café with a history talk on 'Manorhamilton in 1916', given by local historian Margaret Connolly.

The plaque was unveiled by Tommy Sheridan and a wreath was laid by Association President, Tommy Heraghty. Sean Keaney gave a fine rendition of the National Anthem and the 1916 Proclamation was read by Sean Farrell.

The event was attended by Association members, Members of Organisation of National Ex-Servicemen, UN Veterans and Civil Defence along with many Manorhamilton residents. A Flag Party and Piper from the 28th Infantry Battalion, Finner Camp added greatly to the occasion. Following the unveiling, the attendees enjoyed light refreshments in Heraghty's Bar.