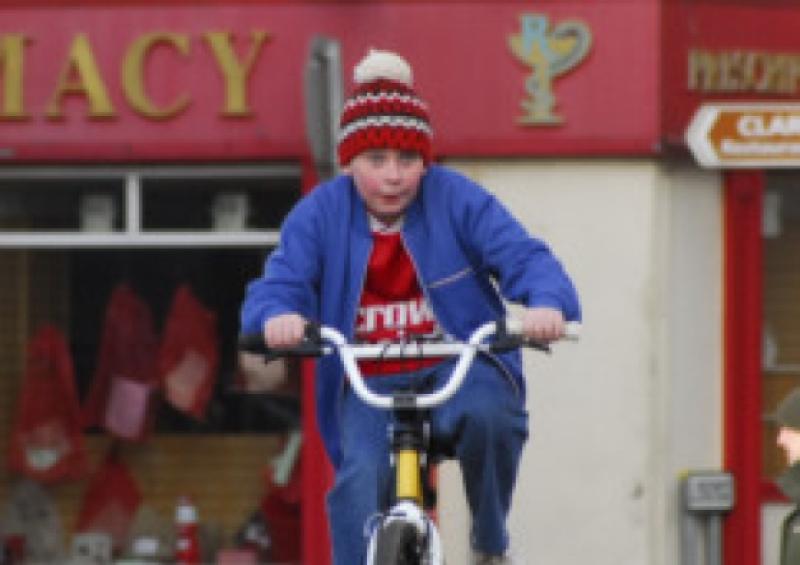 David Rawle, who starred in Moone Boy, was not even born when the killings took place.

It was one of the most shocking and notorious multiple murders in Irish history, and many still remember the time in 1994 when Brendan O’Donnell took three innocent lives in the quiet Co Clare countryside.

The nation was horrified when news emerged that O’Donnell shot dead Imelda Riney and her three-year-old boy Liam. More bloodshed was to follow in the killing of local priest Fr Liam Walsh.

According to the Irish Examiner a new film is set to pose the difficult question: what if you love somebody who has done a terrible thing? That’s the dilemma posed by Property of the State, a new film about O’Donnell told from his sister’s perspective.

Based on Ann Marie O’Donnell’s diaries and accounts, the drama starring Carrigallen's David Rawle, Aisling Loftus and Elaine Cassidy, documents the abuse, mental illness and events that brought her brother to that shocking place. For anyone familiar with the case, it makes for difficult but revealing viewing.

Young actor David Rawle — one of three who plays O’Donnell at various points in his life — was not even born when the killings took place. But he says he was daunted at the prospect of taking on such a troubled character.

“It wasn’t a story that I was familiar with. But I understood that a lot of people in Ireland, it was a story that they’d either heard about, or were quite close to,” he said.

“This is somebody’s life that you’re taking on, and originally, after reading the script, I said: ‘I don’t think I want to be part of this’. I was scared, because it was so different. I’d agreed to meet with Ken (the producer), and Kit, the director, so I said I’ll see what they have to say and we’ll see what happens.

“I talked to them and they completely put me at ease. By the end of the conversation I went from not being particularly sure to being eager to get started.”

The film depicts how O’Donnell was taking valium from a very young age, went on to suffer from acute mental illness and struggled to cope with the death of his mother. His father, according to Ann Marie, was extremely violent towards him.

For the 17-year-old actor, who endeared himself to audiences in Moone Boy, the prospect of going into such dark territory was not an easy one. “Obviously it was a very daunting, very harrowing story. You’re working with all these amazing people but at the end of the day it was a very serious storyline and it wasn’t like anything I’d done before.

“I think the story is very important and we all did it justice. It’s not a particularly nice story but I think it’s important at the same time that people see it from this perspective.”