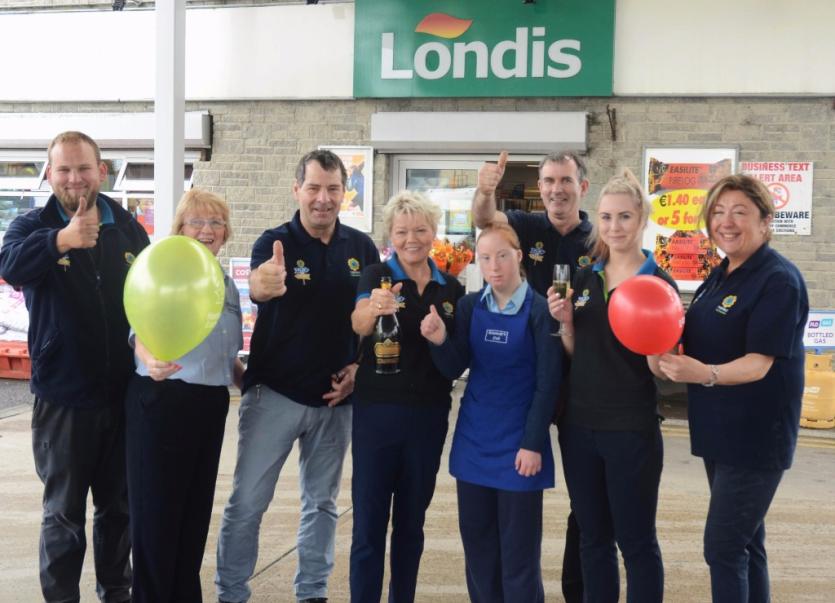 Almost three weeks after the latest Lotto jackpot winning ticket was sold in Leitrim, Lottery chiefs have revealed that they have yet to hear from the county's newest millionaire.

The winning ticket, was purchased in Kennedy's, Attyfinlay Autocentre, Carrick on Shannon ahead of the draw that was held on the October bank holiday weekend. The winning ticket was in the EuroMillions ‘Ireland Only Raffle” held on October 27.

Lottery chiefs have confirmed it is unusual not to hear from a winner within this time frame and are urging everyone to check any old tickets they may have in the hope of finding the winner and ensuring they receive their life changing prize.

If you are in possession of the lucky ticket you still have time to collect your windfall as the 90 day deadline for collection is not until January 25.

The winning ticket is the third ‘Ireland Only Raffle’ winner this year and incredibly it is the second time this year the shop had reason to celebrate as in May they sold a €2 million Lotto jackpot ticket.

Speaking in the aftermath of the recent Lotto success store owner Kevin Kennedy said the owner of the winning ticket was a mystery to him as the shop enjoys a lot of passing trade. Kevin pointed to the number of visitors that come to Carrick-on-Shannon every weekend as further reason to suggest the winner may not be from Leitrim.

“I’m absolutely delighted. It proves lightening can strike twice. I never thought we would sell another major winning ticket so soon after May.

“ I’m not sure who the millionaire is as we get a lot of passing trade as Carrick is a big party town at the weekend. As the Quick Pick ticket was sold yesterday, it really could be anyone!”

Leitrim has proved to be a happy hunting ground for those purchasing lotto tickets in recent times. In August Mulvey's House of Gifts, Carrick-on-Shannon sold a €500,000 winning ticket in the EuroMillions Plus draw.

In February of this year there was another significant win when a winning ticket was purchased in Netowngore Post Office. That win yielded €1,005,000 in the EuroMillions Raffle.

Last year there was also a new millionaire following the sale of a jackpot winning ticket in McGowan's Spar, Kinlough.
On that occasion a lucky syndicate of players scooped €11,179,621 when their numbers came up in August of last year.
Prior to that a syndicate of 36 workers from Vistamed won €55,555.55 each following a €2m jackpot win in 2013 with a ticket purchased in Swanlinbar.