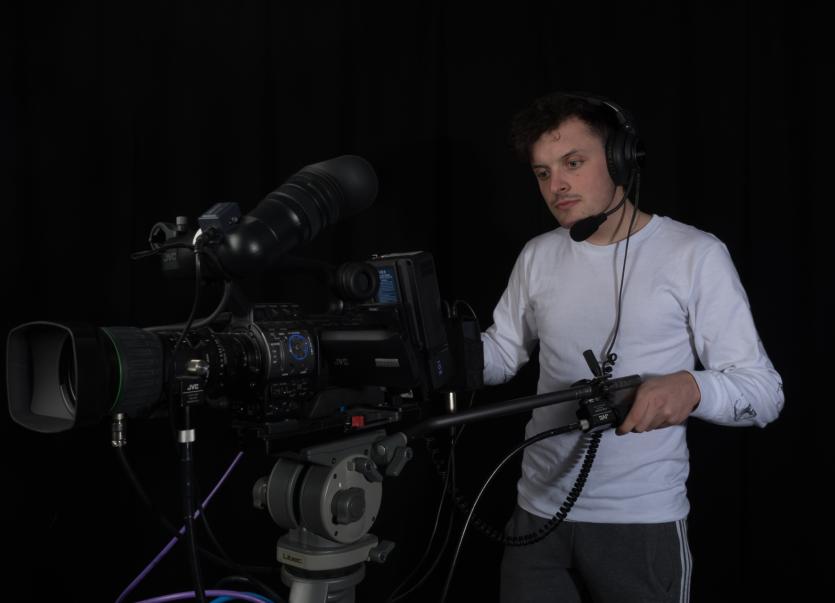 Eoin Lyons,  a second-year Communications student will be joining other students for this broadcast where students commit to staying on campus in the School of Communications building, for 24 hours, producing a live-streamed broadcast all in aid of charity.

For Christmas 2017, the Media Production Society has decided to hold the event in aid of SOSAD, an Irish suicide prevention, and bereavement support charity.

The charity was suggested by committee member Carmel Kenny who like many others has been directly affected by suicide.

"I lost my Dad to suicide when I was two years old and I've grown up without him in my life. I've seen first hand how it affects everyone left behind. SOSAD is close to my heart because I want everyone to know that they have someone to talk too and can turn to in a time of need" she said.

Last year the broadcast was in aid of the ‘Peter McVerry Trust’, a charity set up to reduce homelessness and the harm caused by drug misuse and social disadvantage.  Although the target was €5000, the society succeeded in raising over €15,300 through fundraising and donations on the night. This year the target is €7000 and the society hopes to reach, if not exceed the amount for this year’s chosen charity.

“For 24 hours our members get the chance to produce their own shows and make the wackiest memories they’ll have in college. The best part about it is that we get to do all of this for an amazing cause and raise some much needed funds for charities like SOSAD” said Aine Lawless, head of DCUtv.

The broadcast is supported by a huge variety of sponsors, including Bank of Ireland who sponsor the event each year. Bank of Ireland DCU staff look forward to supporting and creating awareness for SOSAD throughout the 24 Hour Broadcast with DCU Media Production Society.

DCUtv and Bank of Ireland 24 Hour Broadcast in aid of SOSAD runs from 9pm on Friday, December 1 through Saturday, December 2. To watch the broadcast or to make a donation to this very worthy cause click here.

You can get involved with the broadcast on social media using the hashtag #DCUtv24.