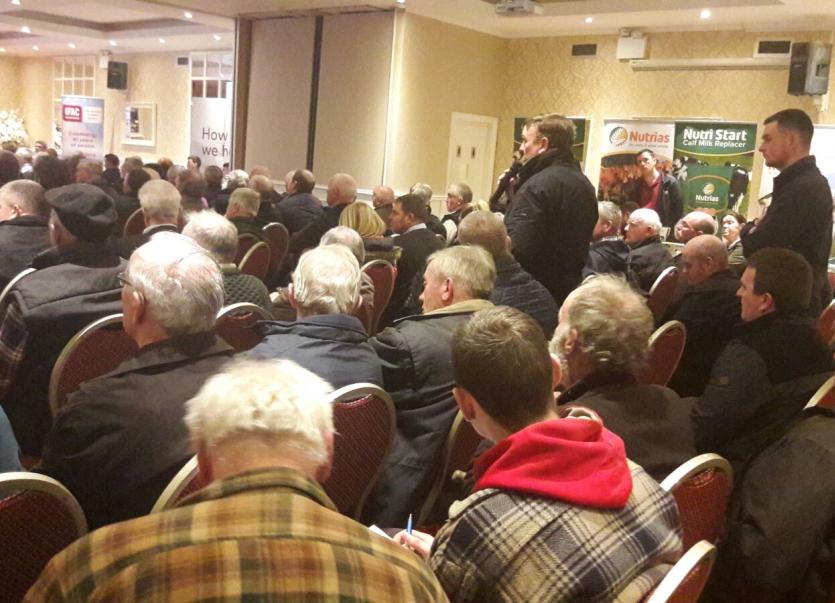 Farmers had the opportunity to voice their concerns.

Aurivo, the globally-focused Agribusiness which is headquartered in the North-West of Ireland, has completed a series of information evenings in Donegal, Leitrim and Sligo to assist farmers who may be facing fodder shortages this winter.

Commenting, Stephen Blewitt, General Manager of Agribusiness at Aurivo said: “If we wait until next March to calculate potential shortages, farmers may face significant pressure.

“The importance of early intervention now cannot be overstated.

“The objective of the information evenings was to get farmers to calculate their fodder needs and to determine whether they have enough to get through the winter and if they were short – the options that are available; such as – selling stock, purchasing fodder or purchasing concentrates. Aurivo are committed to helping farmers across our region and I would encourage as many people as possible to take action now.”

Over 400 farmers attended the three free information evenings hosted by Aurivo, at which experts from its Homeland and Nutrias brands offered practical advice and support around the fodder shortages and steps to alleviate the severity of the crisis.

Farmers had the opportunity to voice their concerns and it was quite evident from the number of attendees at the meetings that there is a significant fodder shortage in certain areas of the Aurivo trading region.

Aurivo’s Homeland and Nutritas teams are assisting farmers overcome any fodder shortfalls by providing them with the option to purchase fodder stretcher ration such as the Nutrias 3 way mix so they can supplement their fodder or they can purchase straw or hay through their local Homeland store and Aurivo urges farmers to act by Friday, December 1 and place their order to ensure supply.