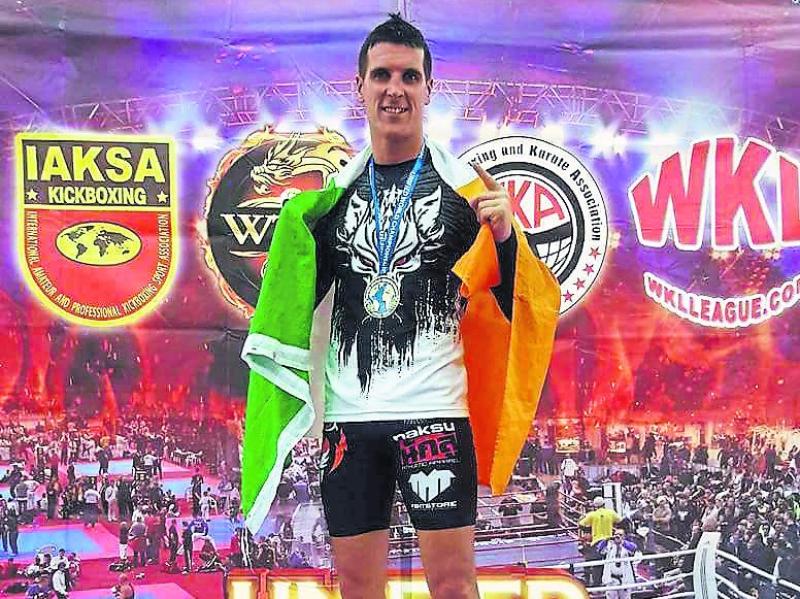 Ireland has a new World Champion in the increasingly popular world of Mixed Martial Arts and there is a strong Leitrim connection in Martin Ward's triumph.

From Athlone but with strong Gortletteragh connections, Martin was part of the Irish team that travelled to Tuscany in Italy to compete in the MMA Unified Amateur World Championship and returned with gold in the 83kg section.

Twenty nine year old Martin has been competing at Mixed Martial Arts since he was six years of age and it is his fourth world title in his career. He had already won gold in karate and kickboxing.

The Unified World Championship is the top competition that allows fighters to compete against the best in the world. Over one hundred countries were represented at this year’s world championships.

Martin is a member of the Defence Forces stationed at Custume Barracks in Athlone and also runs his own Kickboxing club in the town.

Martin’s father Cpl Peter Ward from Cattan townland in Gortletteragh was tragically killed while serving with the UN in Lebanon in 1992. He says his father not only inspired him to not only take up Martial Arts but also to embark on a career in the Army.

Martin hopes to join the professional ranks in the near future in a sport that is becoming ever popular.

Everyone in Gortletteragh and Leitrim congratulate Martin on his great win and wish him continued success in his career.