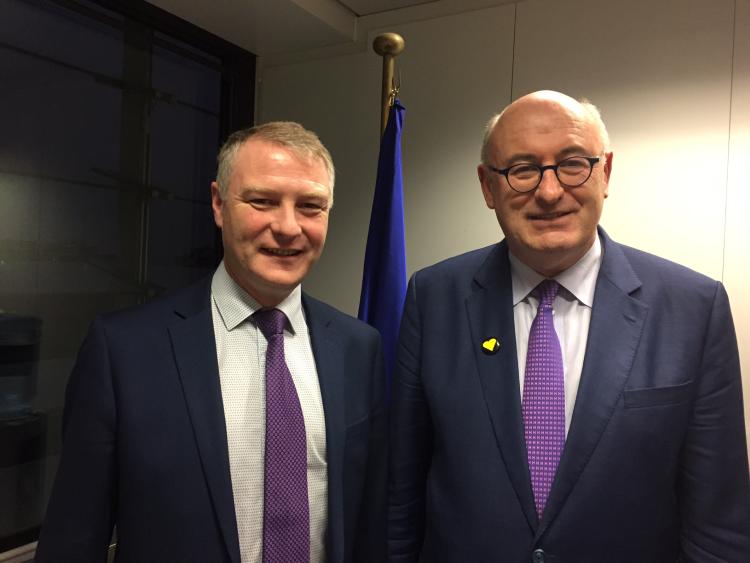 Deputy Martin Kenny was part of a delegation from the Oireachtas Agriculture Committee who went to the European Parliament and met with groups and MEPs about issues affecting agriculture including the Brexit crisis, the Mercosur trade deal and proposed changes to the Common Agriculture Policy.

One of the main meetings was with the EU Agriculture Commissioner Phil Hogan in his offices in Brussels.

Deputy Kenny said, “This week we had an engagement with EU Commissioner Phil Hogan on several issues which are vital to Irish farmers, including his recent CAP reform proposals and the Mercosur proposals to take thousands of tonnes of South American beef into the EU and of course the ongoing Brexit uncertainty.”

“On the Mercosur trade deal the Committee were hearing from some of the MEPs that a deal was close and indeed Commissioner Hogan confirmed this and told us that the prospect of a deal was being pushed very hard by several member states and large commercial interests and that he would expect it to be concluded in the early New Year or even sooner. 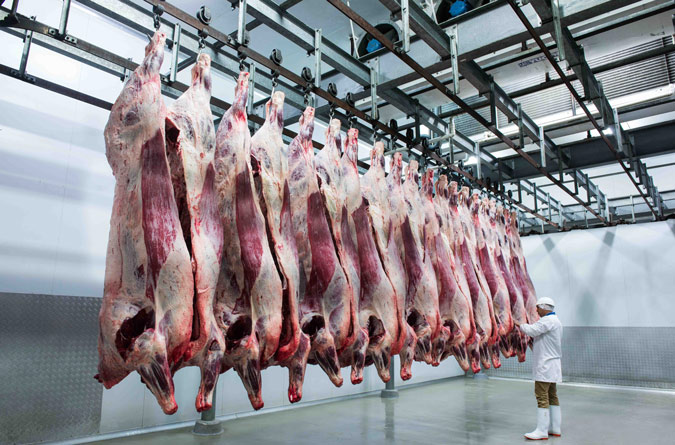 "Commissioner Hogan spoke of his concerns around the large volume of prime cut beef, for which the Mercosur countries are seeking entry into EU markets.  78,000 tonnes of beef was on the table and he said it could be even more than this.  The main concerns are about the standards being applied in some of the beef producing areas and indeed for poultry product standards.

"Interestingly, some of the committee told of how they had seen Argentinian beef on menus in restaurants in Brussels and Commissioner Hogan told us that this beef is being imported with tariffs of 7.5% at present.  His overall view was that a Mercosur deal, which is being promoted for the huge trade opportunities it offers EU businesses, will be concluded very soon, with up to 100,000 tonnes of South American beef included.

"The Commissioner said that his staff will insist on full inspections of such product and EU standards being applied in full.  He claimed that compliance with these conditions, coupled with the normal timelines for detailed contracts for importation, would mean that it could be up to ten years before this beef or poultry arrives in the EU market.  This is still very concerning for the Irish beef and poultry sectors with the present worry Brexit harming our nearest market.”

Deputy Kenny also said, “The future of CAP was part of our discussion as the Commissioner had outlined the his views earlier on how the new CAP needs to be simplified and more control given to the member states.  When asked about concerns that some in the EU had expressed, that CAP was in danger of losing its ‘common’ policy aspect, if more control is given to member states; Commissioner Hogan replied, that his proposal was that common policy objectives across the EU would be firmly in place, with each member state setting out their own plan to achieve these objectives.  How the common results or overall benefit, will be accomplished must be clearly set out in the plan and each member state could have a different emphasis on how to meet the objectives, depending on the conditions or reality of agriculture in that state.  The ‘one size fits all’ type of thinking, which many of us have criticised in the past, would appear to be coming to an end, thankfully,” said Deputy Kenny. 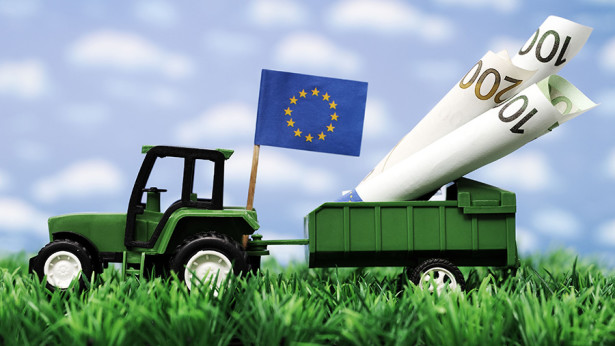 “When I asked Commissioner Hogan about Greening, he said it didn’t work well and he expected it would be phased out of the next CAP.   However he insisted that environmental measures will be an ever increasing part of the CAP moving into the future, as climate change mitigation and habitat enhancement are the strongest arguments to attract the necessary EU financial supports to maintain farm incomes.

"In the EU there is strong support from across the spectrum to compensate farmers for providing environmental services as part of their farming activity.  This may mean new opportunities and possibly changes ahead for farmers on small holdings of poorer land, where the task to produce the goods for profit, whether it is the weanling calf or store lamb, is difficult.  These farmers may be assisted by more payments toward environmental measures and perhaps support for changes to their farming system in the next CAP,” outlined Deputy Kenny.