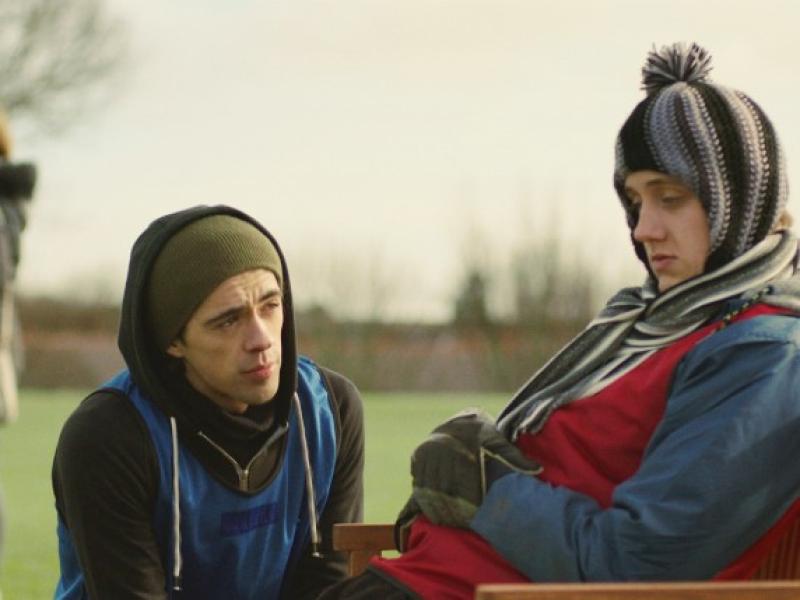 The Drummer And The Keeper will be screened in The Glens Centre, Manorhamilton on Thursday, January 11 at 8pm as part of the First Fortnight Festival.

A national festival aimed at challenging mental health stigma is coming to Manorhamilton's Glens Centre and The Dock in Carrick-on-Shannon.

First Fortnight is a two-week mental health arts festival that has been staged in Dublin and venues nationwide since 2009.
The festival stages arts events in the hope that they will provoke discussion around mental health and end the stigma that can prevent people from seeking help when they most need it.

The acclaimed Irish film The Drummer And The Keeper will be screened in the Glens Centre, Manorhamilton on Thursday, January 11 at 8pm, while Conversation Salon, a unique and free event aimed at promoting the art of conversation, will take place in The Dock, Carrick-onShannon on Saturday, January 13 at 7pm. Heather Bourke, life coach and the founder of Conversation Salon, will host the event.

First Light
Leitrim also plays host to First Light, which is an exciting opportunity to see some of Ireland’s most engaging talent in exciting new locations over the First Fortnight festival. Dubbed “the best songwriter that no one has heard of” by legend Ryan Adams in a Rolling Stone interview, Choice Music Prize winner Adrian Crowley has continually stunned fans and newcomers alike in a career spanning six albums.

First Light is an unmissable opportunity to see a master in action. He will play alongside the band Nocturnes, whose new age noir sounds have been in great demand on the festival circuit. One of RTÉ Culture’s favourite groups, Nocturnes are a must-see.

The Drummer & the Keeper

The Drummer & the Keeper tells the story of the unlikely friendship formed between two young men; Gabriel, a reckless young drummer with bipolar disorder, who revels in rejecting society’s rules and Christopher, a 17-year- old with Asperger’s Syndrome, who yearns to fit in.

This heartwarming story shows the strength of the human bond in the face of adversity. The film was written and directed by Nick Kelly, whose short film Shoe was shortlisted for an Academy Award.

Speaking about the inspiration behind the film, Nick Kelly, said: “The core inspiration came from something I’ve both experienced myself and seen happen to other people: that at moments of massive personal crisis, those closest to you on paper (family, best friends) are often fairly useless – but other most unlikely people often appear in your life to say, do or give you what you really need.

“As a rock musician for many years, I had regularly encountered people who clearly had mental health issues – sometimes unbeknownst to themselves, so I felt I had a good handle on Gabriel’s world and his challenges. And I have a child on the autism spectrum, so I also had a pretty good feel for Christopher’s character.”

Speaking about the stigma that exists in Ireland around both autism and mental health, Nick said: “There are still very many people in Ireland who would be afraid to admit to a mental health issue, and parents who refuse to consider exploring an autism diagnosis for their children, for fear of being branded and stigmatised as lesser or damaged. Thus the undeniable challenges posed by the conditions themselves are exponentially increased by the perceived need to hide them from others.
“This is the new closet – so I really admire those people who are brave enough to “come out” about their own mental health issues or neurodiversity. In the long run that’s what’s going to achieve better treatment and
greater tolerance and inclusion.”

It is 2018 & we have so much coming up for you! This week we're celebrating @firstfortnight with a film screening & music by @MrAdrianCrowley & @sweetnocturnes!