Leitrim girl features in Young Scientist Pic of the Day 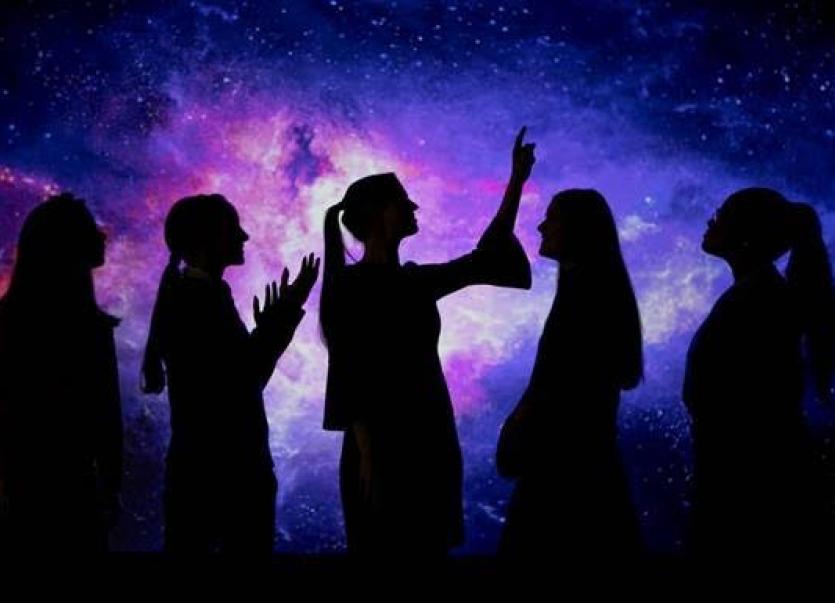 Pic of the Day at the BT Young Scientist.

The 54th BT Young Scientist & Technology Exhibition opened to the public with a bang yesterday, totally selling out of tickets as thousands of students, teachers and families from around the country descended onto the RDS for what is now officially the most in demand Exhibition to date.

Picture of the Day

Once again there was so much activity taking place in the RDS, but we believe this picture captures what the BTYSTE is all about.

In the photo Dr. Norah Patten, Astronaut-in-Training, inspires students from across Ireland to look to the universe and see the potential and possibility that STEM offers! Also included are Tierna McGuire (Offaly), Niamh Carolan (Leitrim), Ciara Birmingham (Dublin) and Mylene Hayes (Dublin)

In addition to the student projects, over 22 shows take place daily, from such acts as the Ministry of Science to this year’s two main events – Girl in the Galaxy, Dr. Norah Patten’s inspiring personal story on her experience as Ireland’s first astronaut candidate and Mindshare, a the real-life demonstration from world-famous hacker Kevin Mitnick.

Politicians of all stripes joined the  students, including  Minister for Education Richard Bruton, Fianna Fáil leader Micheál Martin, Minister Katherine Zappone and Sinn Fein leader Gerry Adams, visiting projects to encourage Exhibition participants on their journeys of innovation. There was great excitement in the hall with the arrival of An Taoiseach Leo Varadkar who did an extensive tour of the Exhibition, his first as Taoiseach.

Round two of judging took place yesterday with a resounding agreement coming from the Main Hall that standards are above and beyond. Great news for all the inspiring STEM enthusiast in the RDS this week.