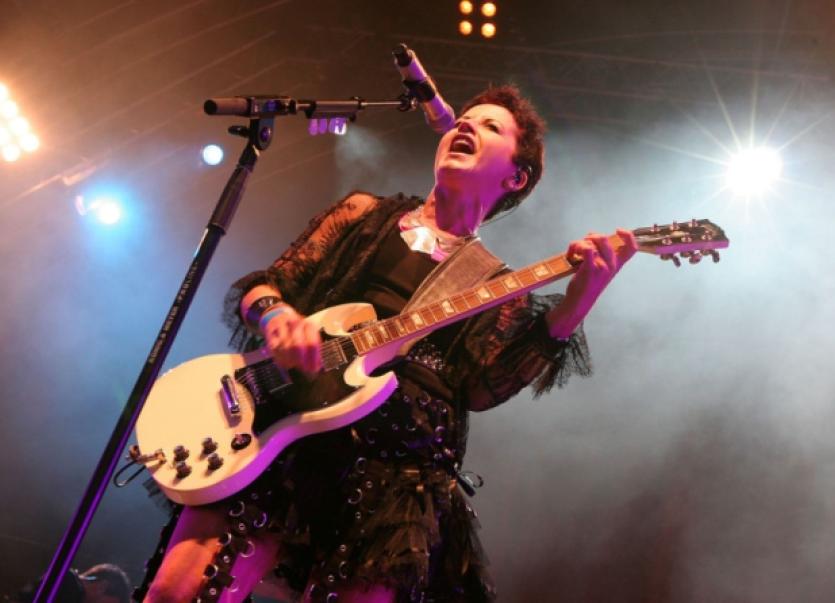 While the circumstances of the 46-year-old's death are as yet unknown, it is understood that the frontwoman of The Cranberries - a native of Ballybricken, Limerick - passed away suddenly in London.

A spokesperson who represented the singer confirmed: "Irish and international singer Dolores O’Riordan has died suddenly in London today. She was 46 years old. The lead singer with the Irish band The Cranberries, was in London for a short recording session.

"No further details are available at this time," added the spokesperson.

"My heart goes out to the family. Dolores was their pride and joy. We all loved her very, very much,"  family friend Canon Liam McNamara told the Limerick Leader.

"She got on well all the way through her life. I was very disappointed to hear today that she has left us so early in life. Her family did so much for her and supported her all the way through," added the priest, who was a co-celebrant at Dolores' wedding to tour manager of rock band Duran Duran, Don Burton in Holycross Abbey in County Tipperary in 1994 and also officiated at the funeral Mass of Dolores' father Terry in Ballybricken in 2011, confirmed to the Limerick Leader

“I wish to extend my deepest sympathies to the family. I am just going down to meet the family now,” he added.

Dolores shot to fame in the early 1990s as frontwoman of The Cranberries. The Ballybricken native auditioned for the band after the departure of its previous lead singer and they would go on to sell over 40 million records worldwide.

The Limerick group became a global rock sensation and one of the most successful bands of the ‘90s. They earned worldwide fame for hits including Zombie, Linger and Dreams. O’Riordan’s unique vocals featured on the band’s five original albums before taking a hiatus in 2003. The singer released two solo albums during the break.

The Cranberries reformed in 2009. In 2017, the group cancelled their European and US tours due to illness after Dolores cited back issues.

The group sold more than 40 million records worldwide during a stellar career.

They had played in Belfast and Dublin last summer, but not in their native city. They did play a short set in Thomond Park stadium in June 2010 for the Special Olympics opening ceremony.

President of Ireland Michael D Higgins has issued a statement follow the death of the Limerick woman.

"It is with great sadness that I have learned of the death of Dolores O’Riordan, musician, singer and song writer," he said.

"Dolores O’Riordan and The Cranberries had an immense influence on rock and pop music in Ireland and internationally.

"I recall with fondness the late Limerick TD Jim Kemmy’s introduction of her and The Cranberries to me, and the pride he and so many others took in their successes.

"To all those who follow and support Irish music, Irish musicians and the performing arts, her death will be a big loss.”