Warning issued after reports counterfeit €20 notes are being circulated

Members of the public and retailers are being warned about counterfeit notes currently circulating in counties Leitrim and Donegal.

The Leitrim Observer has received reports of counterfeit €20 notes in circulation in recent days.

The counterfeits are quite detailed but lack the security thread running through the middle of the note which is clearly visible when genuine notes are held up to the light. The print quality is also not as clear on the counterfeit note and other security watermarks are missing.

People are asked to be vigilant. Do not accept notes if you suspect they are counterfeit and be aware of the following security features (see below) which are found on only genuine notes. 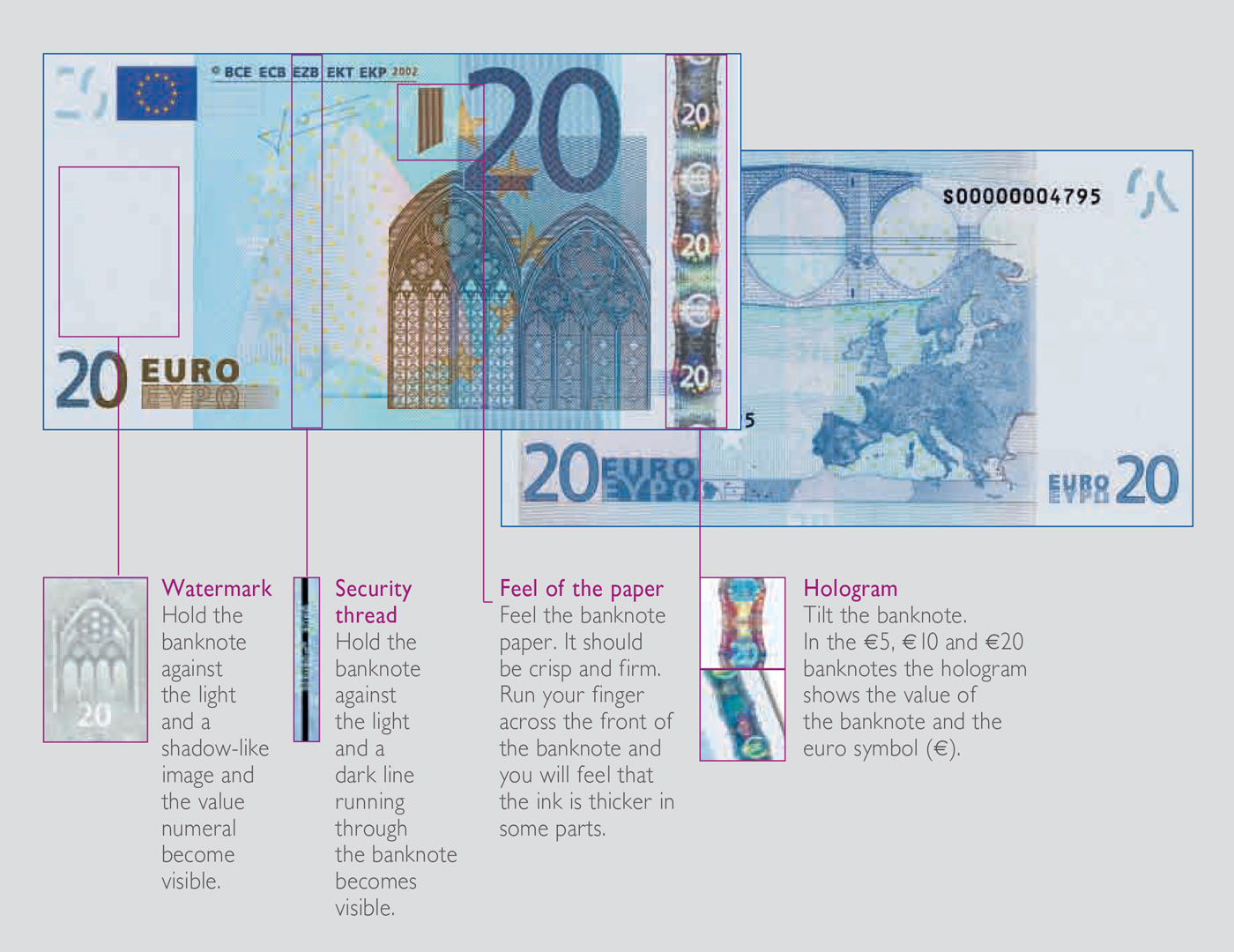