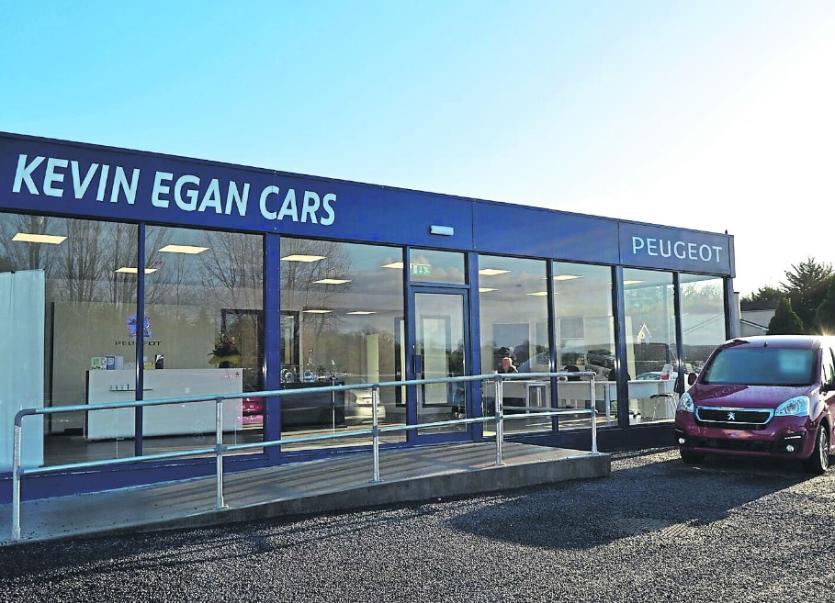 Kevin Egan Cars Peugeot has just launched with the opening of their new showroom on the Old Dublin Road, Carraroe, Sligo.
This is an exciting new chapter for Kevin Egan Cars which will see them representing a major brand, Peugeot. It is also a major step for the Kevin Egan Cars brand as they go from an independent dealer to franchised. It will bring with it pressures with brand standards to maintain but the high standards they have already set themselves and adhered to over the last few years are sure to bode well for them.

Kevin started off his business nine years ago with two cars at the side of his house! He is now the proud owner of a thriving empire that knows no bounds and employs more than 20 staff.

His sheer determination, drive and entrepreneurial spirit has seen him go from strength to strength and we have no doubt that this new venture will be no exception.

Taking on the Peugeot Franchise was not a decision that came likely for Kevin. He was proud of his unique business model, which is to import highly desirable used cars from the UK and was selling more cars than ever before. However, with the threat of Brexit imminent, this forced Kevin to reconsider his current business model. The uncertainty of what Brexit will mean for his business, the extra taxes and charges that are sure to be imposed left his current business models survival uncertain. He was not willing to wait 18 months to find out what impact it would have on his business but instead decided to take action now!

Peugeot seemed an obvious fit for Kevin Egan Cars as they are ahead of their field when it comes to innovation and growth which is what attracted Kevin.

Kevin, the Dealer Principal of Kevin Egan Cars had this to say “Kevin Egan Cars Peugeot marks a new chapter in the Kevin Egan Cars Empire. I am delight that the award-winning franchise Peugeot came to me. They have a fantastic model range, and their continuous innovation is nothing short of impressive. Over the 9 years we have been in business our staff has grown from 2 to currently 22. I am delighted to be able to provide employment to the county. It’s exciting times ahead and we look forward to seeing you all in our new premises soon!”

Kevin Egan Cars Peugeot is now up and running with the complete range now available to test-drive at their new premises at Carraroe, Co Sligo.

Kevin Egan Cars is located 10 minutes outside of Sligo Town on the Old Dublin Road.
Opening Hours: Monday – Friday 9am–6pm and Saturday 10am-4pm. Phone on (071) 9154442 or see the website for more details on www.kevinegancars.ie