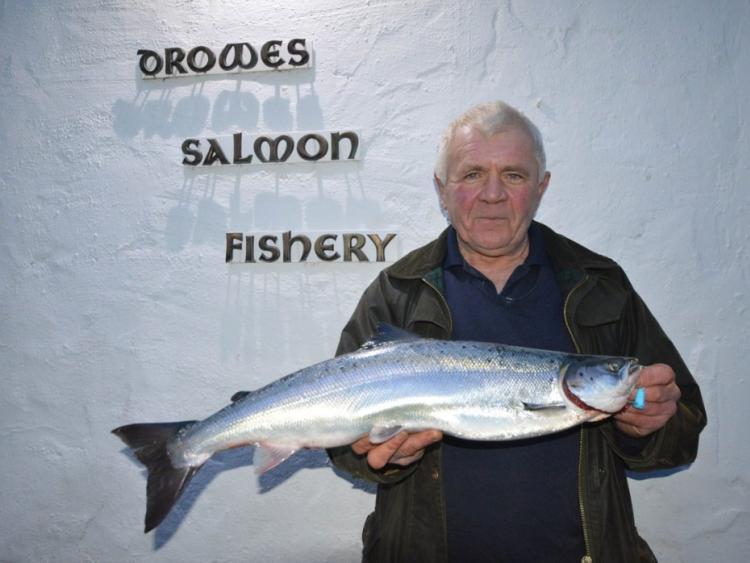 Bill Likely with the first Irish salmon of the year

The first salmon of 2018 was landed on the River Drowes yesterday, and was caught by well-known local angler Bill Likely, who also works on the fishery. Another fresh fish had been lost shortly beforehand in the same area.

The salmon was caught from the Point of the Meadow Pool shortly before 1pm. The 7.5lbs sea-liced fish was taken on a Black and Gold Rapala, and no doubt Bill was delighted to land the first Irish salmon of the year. Bill is well-known to all anglers who visit the Drowes as he works on the fishery, and is known for his generosity with advice and good-natured banter.

The first fish, as is traditional, will be prepared for a tasting event to benefit local charities, the date of which is yet to be confirmed.

The first Irish salmon of 2018 was landed from the Point of the Meadow pool on the river Drowes shortly before 1pm. The 7.5lbs sea liced fish was taken on a Black and Gold Rapala by the fishery's very own Bill Likely. Current water level is 0.944 metres and dropping. pic.twitter.com/hLBwbmeZaY

Once again first salmon of the year has been caught in #Leitrim
Congratulations for everyone involved... https://t.co/12j6SMZA6N