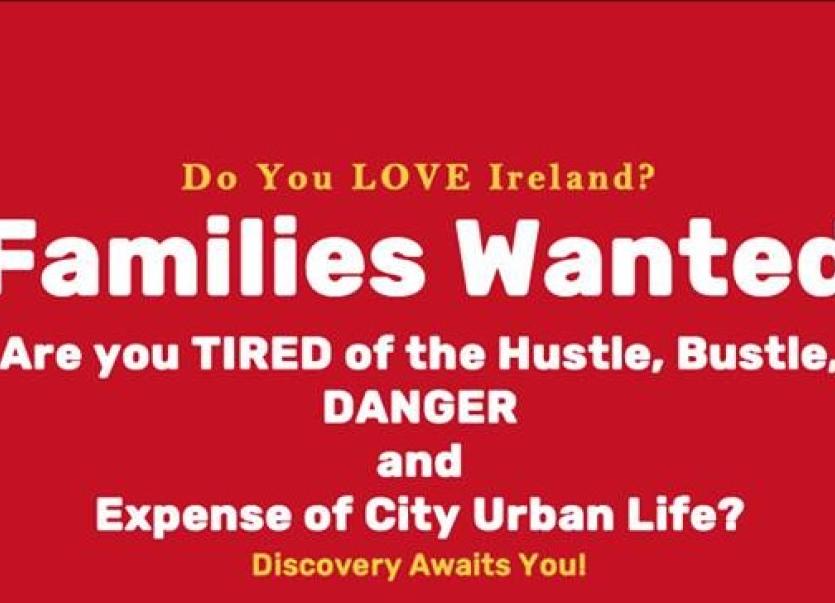 Families wanted to move to Leitrim

Aughavas and Tarmon are looking outside the county boundary to find families to come and live in their areas and keep their community alive.

Both parishes are struggling with numbers to keep their teachers and have been left with no other option but to seek out families from further afield.
Having witnessed the success of the Kilty Live social media campaign in bringing new people to Kiltyclogher, both areas are determined to launch similar campaigns and boost their official numbers.

According to figures from the Central Statistics Office (CSO) between 1997 and 2017, the number of National Schools in Leitrim dropped from 43 to 37.
While this may seem a relatively small drop over the period, the reality is that a growing number of schools are facing a struggle to maintain teacher numbers while in some instances, such as Tarmon and Kiltyclogher, the battle is to, not just keep staff, but to ensure their local national school stays open.

While rural depopulation is an issue the fact is that many smaller rural schools are losing pupils to larger urban areas for a variety of reasons, not just population decline. Parents are citing issues with childcare, especially connections to care before school and afterschool as an area of concern.

With some creches offering transport to and from school for children, parents have little choice on their child’s school if they want to avail of pre and afterschool care. There are transport issues too and problems with the lack of a bus service or qualification rules coming into play.

The benefits of a smaller school are countless, with small class sizes being the top one, allowing children more one to one time with teachers. Rural schools are usually Deis funded, providing new resources and money for school outings as well as school lunches and a reduction in back to school expenses. The sad reality is that while it is Aughavas and Tarmon today who are struggling for numbers, more and more rural schools are facing the future threat of closure and a loss of local identity in the coming years.