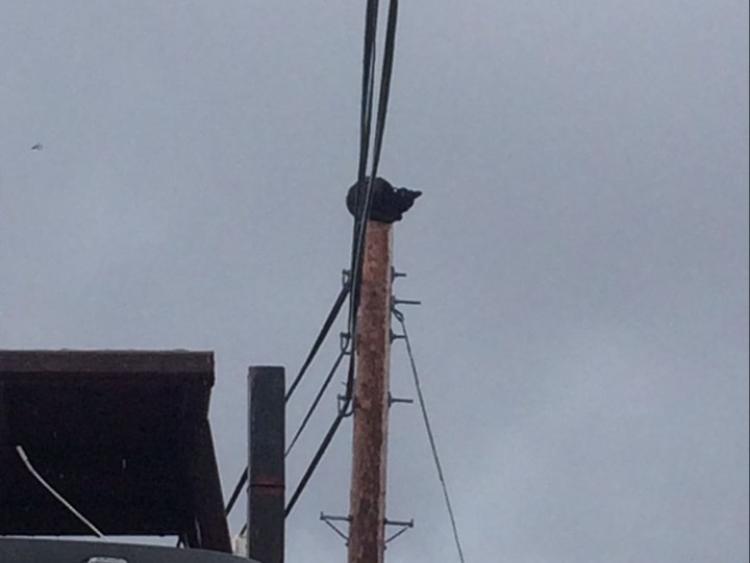 Cat stuck up a pole in Drumshanbo

Sligo Leitrim Gardai have reported one of their "more unusual calls" over the Bank Holiday Weekend.

"Gardaí recently went to a call about a cat stuck at the top of a telephone pole near Drumshanbo, believed to have been there for a number of days in heavy rain. On arrival, Gardaí indeed found a cat stuck as described.

"Embracing their inner Firefighters, they recognised that this cat needed assistance getting down. The Gardaí at the scene stopped a passing forestry worker and asked for his assistance with the animal rescue. The Good Samaritan utilised his forestry truck and carefully placed a recently felled tree against the top of the telephone pole. The cat recognised its chance and quickly escaped down the tree before making good his escape." 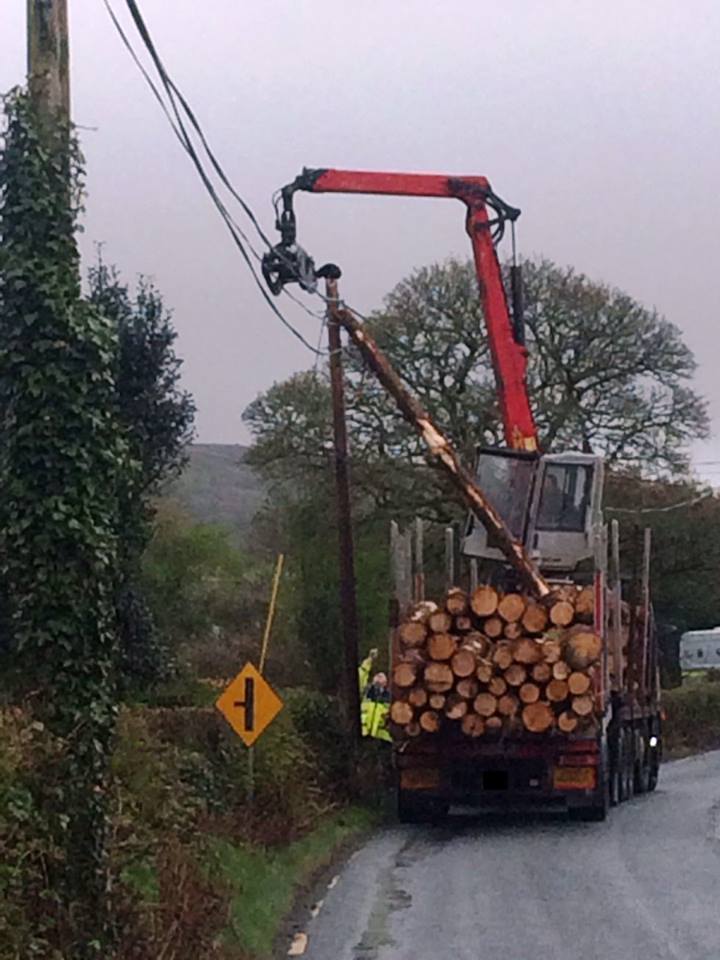 Gardai thanked the Good Samaritan for his invaluable assistance in this matter and called it "just another day in the office."