Leitrim Rose 2018 chosen at the weekend 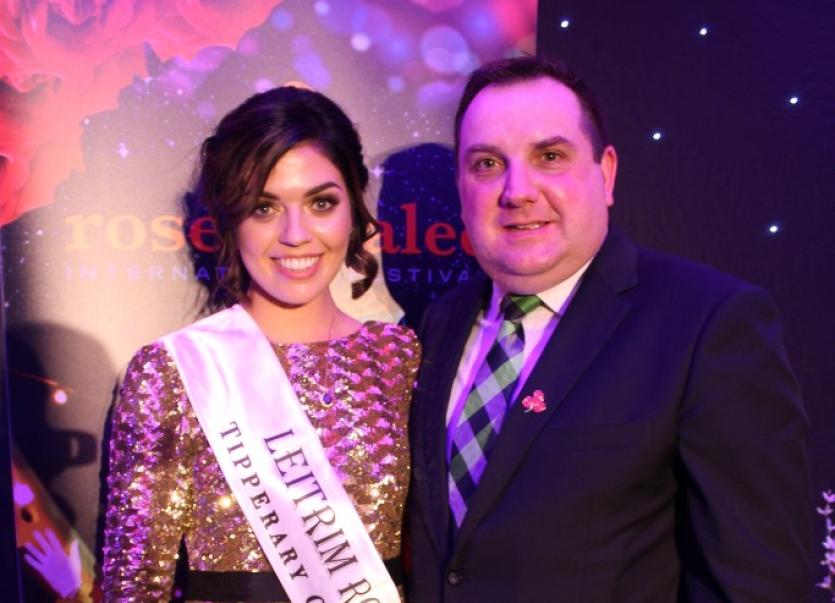 Imelda Scally, a wedding coordinator from The Landmark Hotel in Carrick-on-Shannon has been selected as the 2018 Leitrim Rose and will represent the county at the International Rose of Tralee Festival in August.

It was a magical and emotional evening in The Bush Hotel on Saturday night, May 12 for the Leitrim Rose selection as a group of Syrian and Kurdish women from the Ballaghadereen Refugee Centre were invited guests to enjoy the nights entertainment. Nine young ladies from around Leitrim participated and at the end of the show, MC Ollie Turner from Galway Bay FM announced Imelda as the judges choice.

CEO of The Rose of Tralee, Mr Anthony O Gara and his wife Oonagh were in attendance and presented one Syrian girl with an honourary Rose Sash after she gave an account of her background and troubled past to a hushed crowd.

Brendan Galvin from the Leitrim Rose Centre said that "The night was a major success and thoroughly enjoyable for the contestants and their supporters. We thought it would be nice to invite some of the ladies from Ballaghadereen Refugee Centre as the Rose of Tralee is really a celebration of women and what better way to welcome these women into our country by introducing them to one of Ireland's most unique instituitions. We are delighted Imelda has been chosen to represent the other contestants in Tralee and she has an amazing year ahead of her."

See more on this story in this week's paper out on Wednesday.