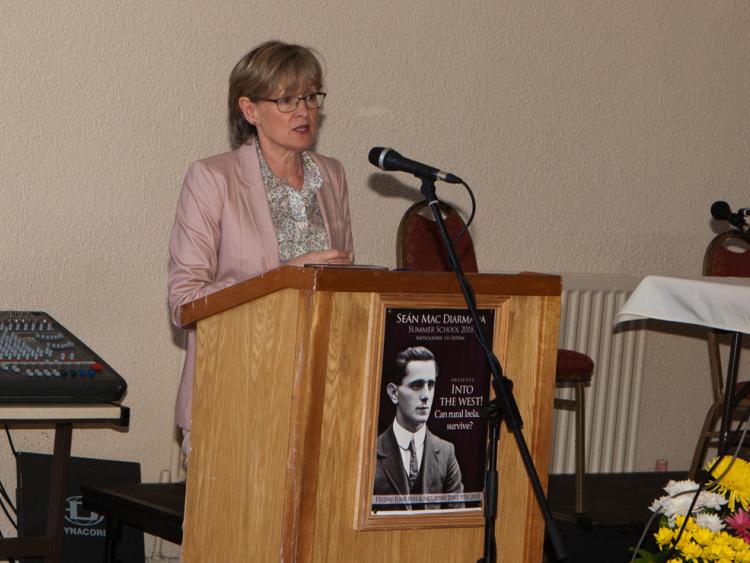 The constant questioning about the future of rural Ireland needs to stop and the country needs to look beyond the here and now and plan for the big societal challenges that impact the whole of our island.

That is according to Mairead McGuinness MEP and first Vice-President of the European Parliament when she spoke at the Seán Mac Diarmada Summer School in Kiltyclogher last Saturday, June 9.

Speaking on the theme, Can Rural Ireland Survive? She submitted, “While there are real issues today such as broadband connectivity - there are plans to address these. We can be critical of the rate of progress, but it is a certainty that broadband connectivity will reach all parts of rural Ireland and rural Europe - just as electricity did in the past.”
"Ireland has one of the highest proportions of people living in rural areas among EU states, with 41% of the population living in rural areas compared with an average of 27% in the EU.” She noted societies around the world are becoming more urban and while rural Ireland will survive the question is will it thrive?
"We are at the start of a big debate about agriculture policy post 2020. It may well be a time to discuss in more detail our land use policy.”

"In areas like Leitrim there are debates about how best the landscape can contribute to a vibrant region.
“There are concerns about the extent of non-farmer investment in forestry, with farmers wishing to expand unable to compete because of the attraction of forestry.”
“In 2016 in Leitrim, 55% of the area under trees is planted by farmers and in the non-farmer category, family members or recently retired farmers, are included. Over €2.4 million in forest premiums was paid in 2016 to 374 farmers.

“Nationally, some 0.5% of national planting is in institutional hands - with 95% in farm/family hands, resulting in the vast bulk of forestry payments paid to and remaining in Rural Ireland.”
She said the fear is that institutions are buying up and forcing family farms out, “ unless we address those fears, the divisions in communities and society about forestry will deepen.”
Changes to the Common Agriculture Policy are expected post 2020. “This is an opportunity to look at the diversity and range of our farming systems - from dairy enterprises, to drystock production to low intensive agriculture in regions such as Leitrim and forestry.”

Turning to Brexit, she said, “The slow progress on the withdrawal agreement gives rise to concerns about how and when a new trading partnership will be agreed with the UK. We need that future to protect our access to the UK market for our food, but we also need to prepare for some change,” she warned.