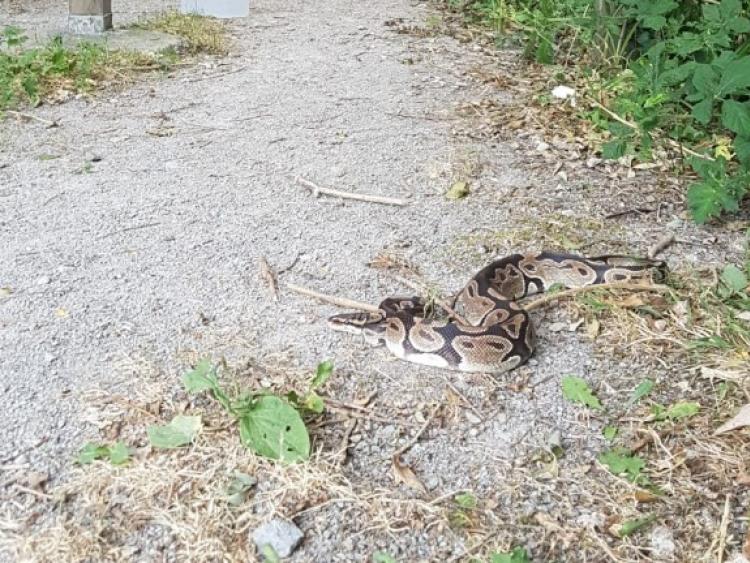 The snake has been taken to a specialist facility for medical care.

A python abandoned in a North Leitrim park has been rescued and is now receiving specialist care.

The Ball or Royal Python become the centre of national attention after a video was taken of it in an Ecopark near Kinlough.

Two separate groups of walkers encountered the snake sunning itself on a pathway on Sunday, July 8 last.

Co Leitrim Veterinarian, James Madden, told www.leitrimobserver.ie this afternoon that the python has been located in the park this morning.

He said it is alive but quite weak.

The snake is currently being transported to a reptile centre in Donegal for rehab in an operation organised by the ISPCA.

"We are hoping for a positive outcome," he said.