Dead fish washed up along beaches and coastline 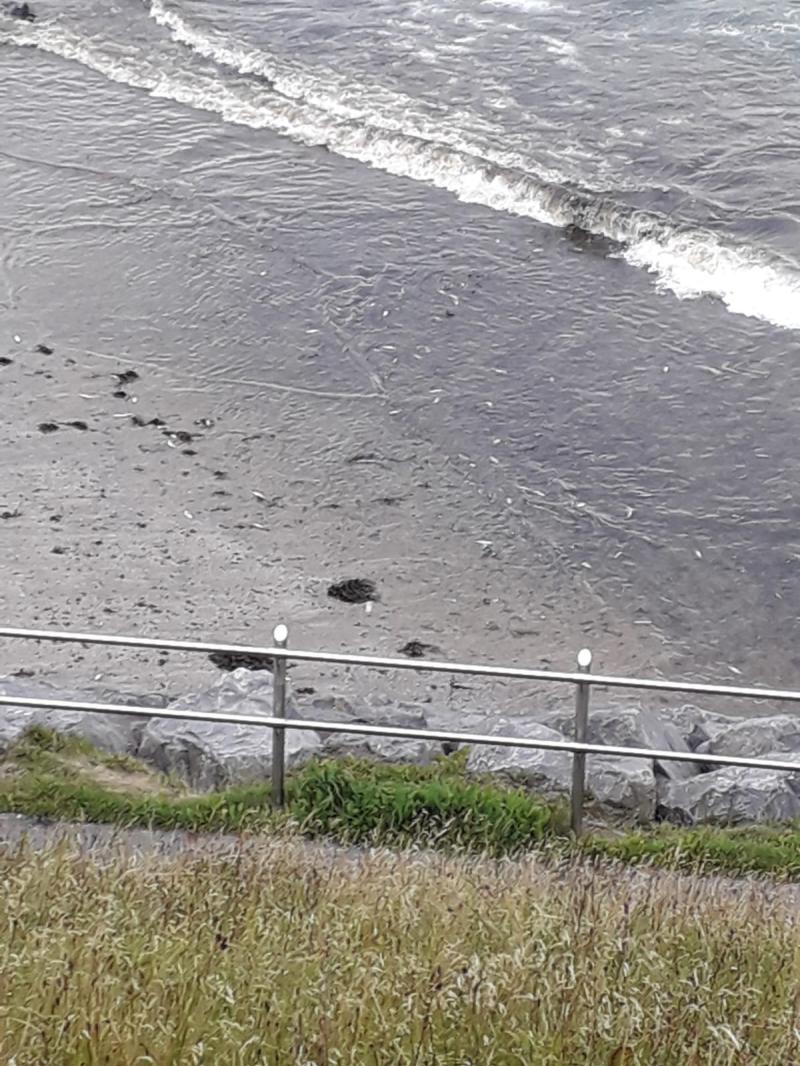 Dead fish washed up on Bundoran beach on Tuesday evening

An investigation is underway this morning after large numbers of dead fish were washed ashore in Bundoran and along the coastline of north Leitrim.

The fish began to appear along the beach in Bundoran and at areas close to the mouth of the Drowes River in County Leitrim on Tuesday evening.

It’s not known what caused the kill and the Sea Fisheries Protection Authority say they are investigating.

Our photograph was taken in Bundoran on Tuesday evening showing large numbers of dead fish washed up on the beach.