Based in The Hive 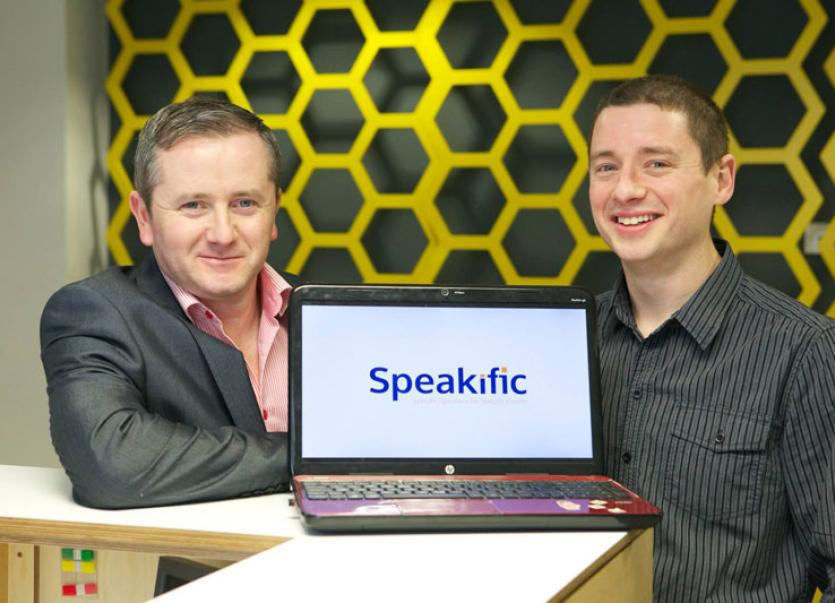 Speakific and Speakersbase have announced the planned merger of their business operations to offer even more international speaking opportunities and professional services to their users.

Speakersbase acquires the Speakific.com online booking platform and the merged business will operate under the Speakersbase brand. All existing Speakific users will see a seamless transition to Speakersbase over the coming weeks, where they can avail of even more features, services and access to international representation.

Speakific, based in The Hive, Carrick-on-Shannon was founded by Johnny Beirne and Fergal Donlon in 2014 to take the pain out of finding that specific speaker for a specific event. It has since grown to be the largest speaker source in Ireland in addition to having a vast user base in the UK and other English-speaking countries around the globe.

“Speakific provides an opportunity for Speakersbase to immediately grow its community of speakers in Ireland and the UK after it has already become the market leader in Belgium and its rapid growth in the Netherlands” explains Tanguy Verbelen, Growth Manager at Speakersbase.

“With a range of exciting new and well-known speakers plus its online Academy for speakers to improve their skills and grow their business, the acquisition of Speakific supports the Speakersbase strategy of becoming the leading platform that supports and connects speakers and event organisers around the world”.

Johnny Beirne of Speakific also commented that “Speakersbase’s acquisition of Speakific provides a major opportunity for both our services to extend our offering to speakers and showcase them to a huge range of event organisers, from companies looking for a keynote speaker to kick-off their internal event up to the big stage global conferences, both locally and internationally.

The public speaking landscape has changed dramatically over the last 5 years with events requiring more specialist speakers about a wide range of emerging topics, and yet having no efficient way to find and book them”.

Mr Beirne added "we are really grateful to have a facility like The Hive to work from and the ongoing support of it's Business Manager, Colm Keane".

The acquisition of Speakific will now take the number of speakers on Speakersbase to just under 2,000 in over 55 countries.

Speakific co-founder Johnny Beirne will represent Speakersbase and its range of professional services in Ireland and the UK from The Hive.