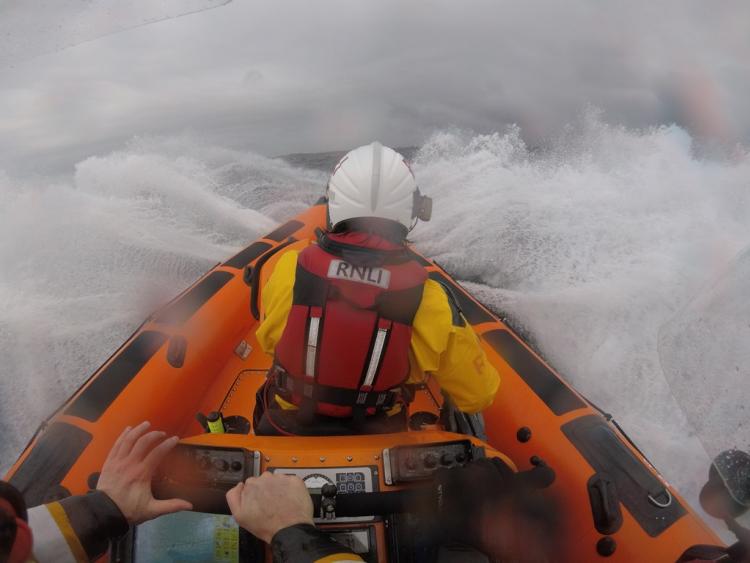 The volunteer lifeboat crew was requested to launch their inshore lifeboat .

The volunteer lifeboat crew was requested to launch their inshore lifeboat at 5.16pm following a request by the Irish Coast Guard to go to the assistance of three stand up paddle boarders thought to be in difficulty near Mullaghmore.

The lifeboat helmed by Killian O’Kelly was launched in five minutes and immediately made its way to the scene.

Weather conditions at the time were poor with heavy rain and reduced visibility.

Once on scene, the crew observed that the experienced trio who had been competing in a downwind race from Mullaghmore to Bundoran, were not in any difficulty.

Speaking following the call out, Bundoran RNLI Helm Killian O’Kelly said: ‘Once we arrived on scene we observed that all three stand up paddle boarders were safe and well. They were all wearing lifejackets and carrying a method of communication. While this was a false alarm with good intent, we would like to commend the member of the public who raised the alarm as conditions at sea were not good at the time. We would always much rather launch to find all is well than not launch at all.

‘With a lot of visitors enjoying the long northern Bank Holiday weekend here in Bundoran, we would remind everyone planning a visit to the beach or the sea, to always respect the water. Plan your activity in advance, always wear a lifejacket and always carry a means of communication. Should you get into difficulty, call 999 or 112 and ask for the Coast Guard.’