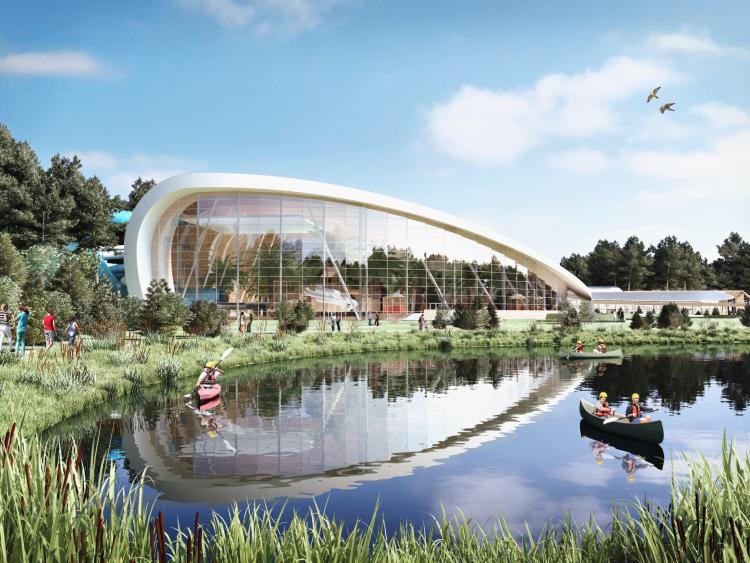 Center Parcs bosses have reaffirmed their long held pledge to open the doors to Ireland's biggest private tourism investment by the summer of next year.

It was the UK leisure giant's seventh time to hold such a discussion with members of the public over its plans and progress concerning the €233m Longford Forest.

“I'm confident that by the summer of next year we (Center Parcs) will be open,” he said.
Mr Dalby was just as self assured when questions were put to him over ongoing works surrounding the extension of the national gas pipeline.

He said talks with senior representatives from Gas Networks Ireland had proved hugely positive in that regard as thoughts turned to putting the finishing touches to the 395 acre site at Newcastle Wood.

A large slice of that focus was directed at two recruitment open days which have been pencilled in for next month (October 12 & 13) at Longford Rugby Club.

“It's not the time to bring CVs or anything like that, not yet,” added Mr Dalby.

“It's about seeing what it's like to work in Center Parcs, seeing the types of jobs, opportunities and career progression that will be on offer.

“And to do that, we will be bringing over a team of 30 people from the UK to talk to people and to let them know what it is like to work at Center Parcs.”