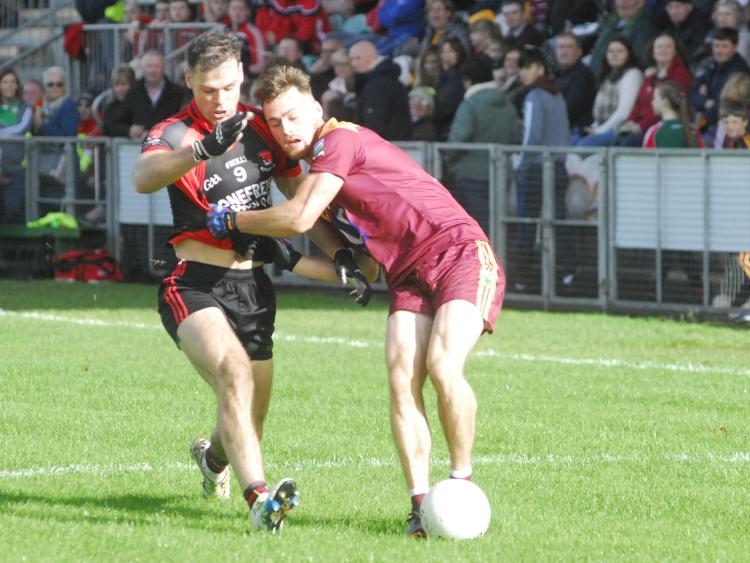 A Sean McNabola free in the fifth minute of injury time ensured Annaduff and Fenagh St Caillins will have to meet again after this afternoon's Smiths Monumentals Intermediate Championship Final finished level.

It proved to be a decisive moment in what was a tight and dogged affair with free-flowing football at a premium.

Riordan O'Rourke opened the scoring with a free in the second minute but it was soon cancelled out by a fine point from Annaduff's Kenny Cox.

Ryan O'Rourke regained the lead when he converted a seventh minute free and it got worse for Annaduff when Eoin Gill's interest in the game came to an end when he was issued with a black card. 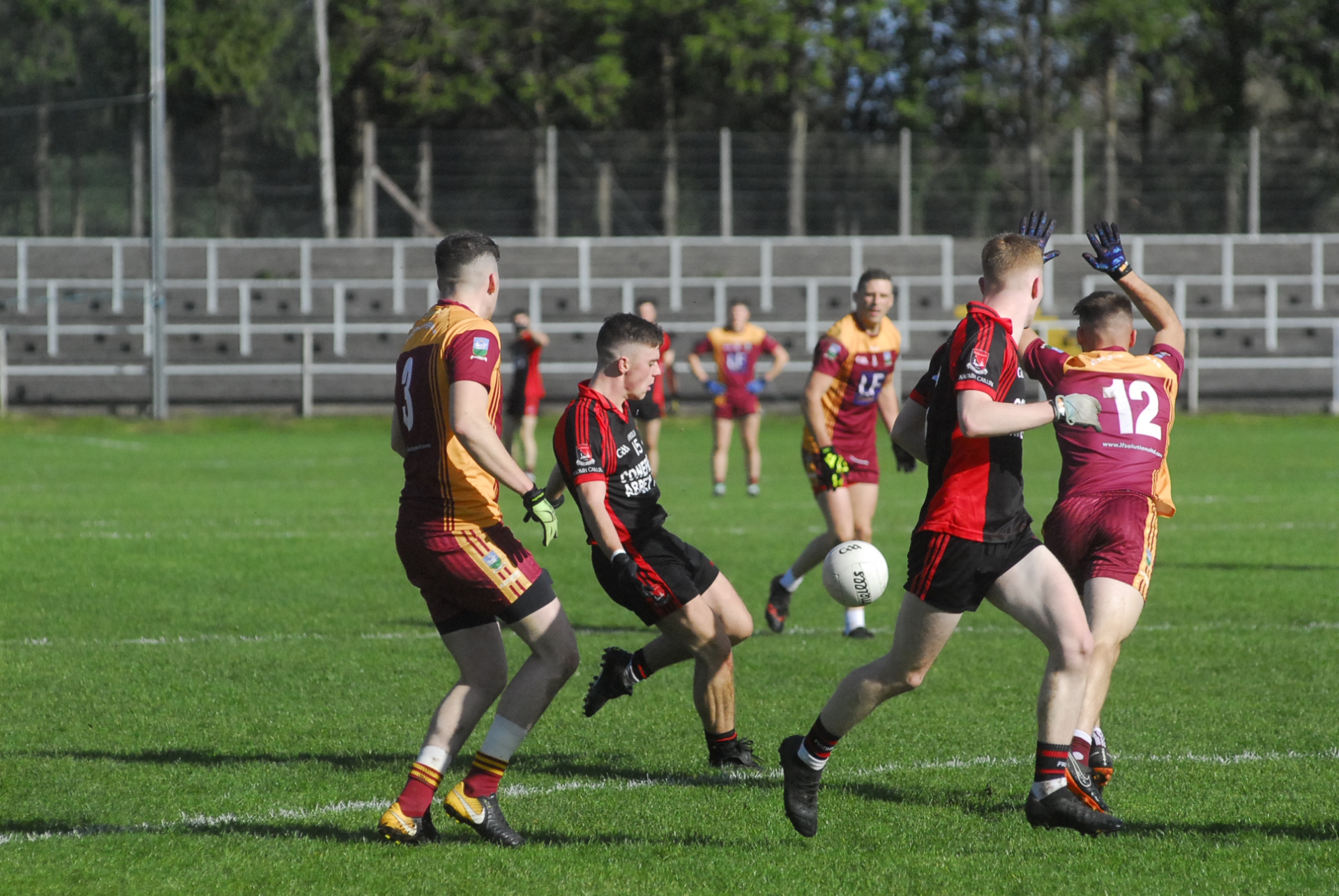 Another Ryan O'Rourke free doubled the advantage in what was developing into a very cagey encounter before Annaduff ended a 13 minute scoreless period with a pointed free from Sean Duignan.

Fenagh were performing well but found it very difficult to get the better of a well-drilled and disciplined defence and their lead was reduced to the bare minimum two minutes before the half time interval when Kenny Cox converted another free.

It was to get even better for Annaduff on the stroke of half-time when they pounced for what would prove to be the game's only goal.

The ball fell kindly to Alan Glancy who dispatched his shot between the legs of Fenagh goalkeeper Paul Gill to give his side a 1-3 to 0-3 lead at the break.

It got even better for Annaduff when they extended their lead after the break courtesy of a Sean McNabola free.

Having failed to score from play during the opening half Fenagh made amends three minutes into the second half when Mark Keegan was on target and that was followed by points from Ryan O'Rourke (free) and Jarleth Scollan to level matters once more. 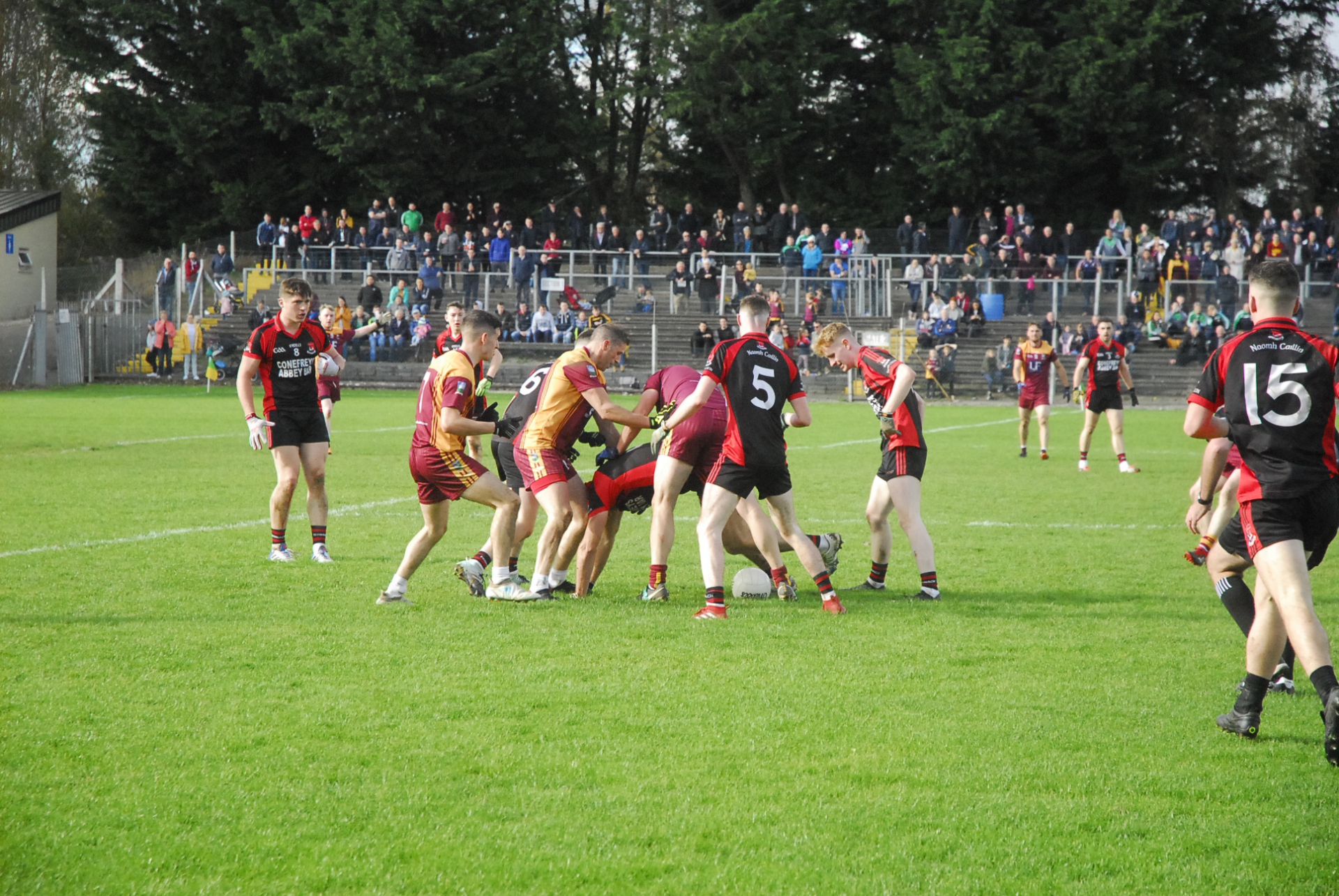 A Sean McNabola pointed free edged Annaduff back in front but as they dropped deeper, attempting to frustrate the talented Fenagh forwards, the Fenagh men began attacking with renewed purpose.

Three points in quick succession from Ryan O'Rourke (two frees) and one from Sean Keegan gave Fenagh the slightest of advantages as the game entered its final quarter.

Ryan O'Rourke and Sean McNabola then exchanged pointed frees before Annaduff captain Ronan McCormack looked as though he would be the hero for his side as he struck a superb score, two minutes into injury time to level matters once more.

However, there was still time for plenty more drama. Riordan O'Rourke regained the lead for Fenagh with a wonderful point before Annaduff struck five minutes into injury time to level matters and ensure the sides will have to meet again.